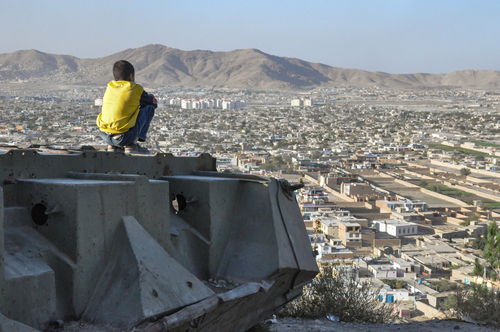 Brussels (Brussels Morning) The EU is preparing financial aid for Afghanistan and other countries in the region in an effort to limit the number of refugees fleeing to the bloc, according to two officials.

As international troops continue to withdraw from Afghanistan, the Taliban are moving ahead with their offensive and retaking large swathes of territory, causing displacement and a new wave of refugees, Reuters reported on Thursday.

Officials say the plan is in its preparatory phase but that it will include financial aid for Afghanistan, Pakistan, Iran and other countries in the region. They note that the EU wants to provide help to refugees closer to their countries of origin so as to limit the numbers seeking asylum within the bloc.

The plan is to spend about 57 million euro on humanitarian aid for Afghanistan this year. Aid for the coming years should be agreed in the autumn and will need to be approved by MEPs and EU member states.

“Money could go to Afghanistan but also to Pakistan and possibly even Iran”, an EU diplomat said, adding that support for Afghanistan would depend on the gains made by the Taliban advance. Disbursing aid would be more difficult should the Taliban come to power.

Josep Borrell, High Representative of the EU for Foreign Affairs and Security Policy, attended a meeting with the Prime Minister of Pakistan, Imran Khan, and the President of Afghanistan, Ashraf Ghani, in Uzbekistan last week.

On Wednesday, Borrell announced support for Afghanistan and the region, but stressed that future support would be”conditional on the preservation of the democratic progress”.

When migration from the region to the EU peaked in 2015, the bloc managed to stem the flow by striking a deal with Turkey, which hosts asylum seekers in exchange for payments by the EU.