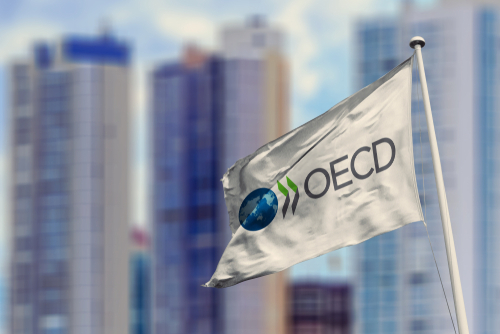 Brussels (Brussels Morning) The Organisation for Economic Cooperation and Development (OECD) has announced plans to broker an agreement among 140 countries on new international tax rules by the end of the year, Reuters reports.

The US administration headed by President Joe Biden wants to introduce a global minimum corporate tax rate of 21%, which would prevent small economies such as Hungary and Ireland from attracting investors with low taxes.

Ireland’s corporate tax rate of 12.5% has helped the country to out-compete significantly larger economies and attract investments by US tech giants Apple, Facebook and Google as well as Pfizer pharmaceuticals.

Hungary has a corporate tax rate of 9%, which has attracted investments from the German Daimler automotive group. BMW, its German counterpart, has announced a new production facility in Hungary and the South Korean SK Group plans to build a battery plant there worth 1.2 billion US dollars.

Hungary and Ireland expressed their reservations about the concept of a global minimum tax, maintaining that exemptions should be allowed for activities like research and development.

Benedek Nobilis, Head of Department at the Hungarian Ministry of Finance, warned that attempts to fight against harmful tax evasion “should not transform into a fight against competitive tax systems”.

Ireland’s Minister of Finance, Paschal Donohoe, told a virtual tax conference on Wednesday that new rules would have to allow small economies to use taxes in the fight for competitiveness with large economies that have material advantages.

Gerard Brady, chief economist of the Irish Ibec business lobby group, pointed out that EU member states Ireland and Hungary find themselves in an “alliance of small open economies” with Nordic and Baltic countries as well as Singapore, where corporate tax rate stands at 17%.

“If they can do an agreement that includes tax incentives for research, recognition of real substantial activities… then a rate that is slightly above 12.5% would still leave Ireland with a competitive offering”, he concluded.