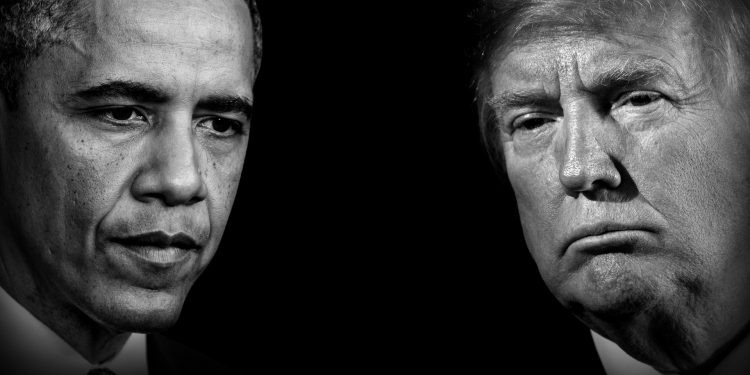 There are growing fears over the handling of November’s US presidential election after it emerged that the US Postal Service (USPS) has warned it cannot guarantee mail-in votes will be counted in almost every state in America and Barack Obama accused Donald Trump of trying to discourage people from voting.

In letters to 46 states, and the District of Columbia, the USPS has warned that it could not guarantee all ballots cast by mail for the November election will arrive in time to be counted – possibly affecting tens of millions of votes across almost the whole country.

The news was reported first in the Washington Post.

A record number of Americans are expected to vote via the USPS because of concerns over in-person voting during the coronavirus pandemic, which has so far claimed more than 160,000 US lives.

One of the letters was sent to Pennsylvania’s top official overseeing elections, warning that a one-week turnaround for mail-in ballots may not be possible.

Pennsylvania is a key swing state won by Donald Trump by less than 1% in 2016, and it could play a pivotal role again in 2020. Voters are able to request a mailed ballot up to seven days before the election, but ballots returned after election day cannot be counted.

In response to the growing crisis in the USPS Obama – who has generally carefully avoided attacking Trump directly – launched a remarkable broadside against his successor.

In a podcast with David Plouffe, his former campaign manager, Obama said: “What we’ve seen in a way that is unique to modern political history is a president who is explicit in trying to discourage people from voting. What we’ve never seen before is a president say: ‘I’m going to try to actively kneecap the postal service to [discourage] voting and I will be explicit about the reason I’m doing it.’”

Voting by mail has become a politically charged issue, with Trump claiming that mail-in ballots will benefit his rival, the Democrat Joe Biden, and lead to fraud. Experts have confirmed that the mail-in ballot system has long been safe from any fraudulent tampering, with Trump and members of his family repeatedly using the methods themselves.

Democrats have proposed $3.6bn in election funding to help states with vote processing, with another $25bn for the cash-strapped USPS to help it meet the expected demand from the 180 million voters who are registered to vote.

But Trump has explicitly said he opposes these measures as he wants to deter mail-in voting.

“If we don’t make a deal, that means they don’t get the money,” the president told Fox Business on Thursday. “That means they can’t have universal mail-in voting. They just can’t have it.” Trump also repeated his claim, again with no evidence, that mail-in ballots would be “fraudulent”.

Trump’s critics have accused the president, who is badly trailing Biden in polling, of attempting to stymie the USPS to bolster his floundering re-election effort. Biden said the president’s latest comments were “pure Trump”. The presumptive Democratic nominee, who this week chose the California senator Kamala Harris as his running mate, added that Trump “doesn’t want an election”.

The mounting concerns over the democratic process have been fueled by an apparent slowdown in activity by the USPS, which is headed by a Trump appointee. The USPS plans to remove hundreds of high-volume mail processing machines across the country, ostensibly due to a reduction in letters and packages sent during the pandemic.

Hillary Clinton, who lost to Trump in 2016, has said that she fears “Republican sabotage of the USPS, including slowing mail delivery, is a Trump strategy to make voting by mail more difficult this fall”. Clinton urged voters to requests ballots early and send them in as soon as possible.

The 300,000-member National Association of Letter Carriers said on Friday that the union’s executive council had endorsed Democrat Joe Biden for president, warning “the very survival” of the postal service was at stake.

Trump, presiding over a disastrously handled pandemic that has ravaged the health of millions of Americans and plunged the country into the worst economic crisis since the Great Depression, has attempted to hurry along the reopening of schools and businesses, despite a surge in infections in many states, while attempting to paint Biden and Harris as an existential threat to the US.

On Thursday, Trump lent credence to a false and racist conspiracy theory that Harris was not eligible to serve as vice-president, saying that he considered the allegation “very serious”. Harris, who would be the first black and Asian woman to be vice-president, was born in California and is able to serve in the role, or as president, under constitutional requirements.