Nuclear power plants could make Mars, the moon your next neighborhood 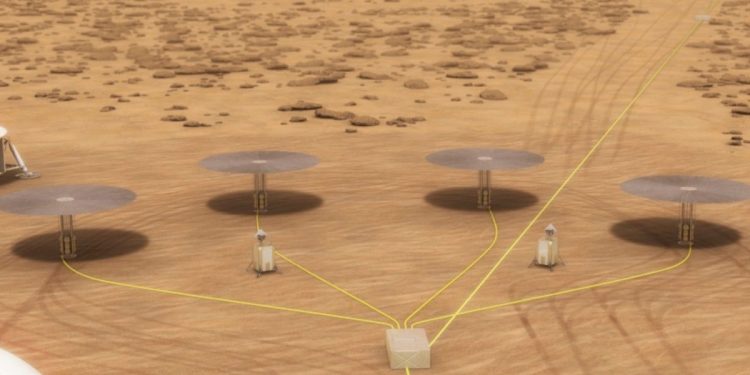 Mars and the moon could be the next out-of-this-world neighborhoods for Americans someday, possibly in the next 10 years.

The Energy Department wants the private sector to build nuclear power plants that would allow us to live in the harsh conditions of the red plant and the orb of the night. The target date for the first one: the end of 2026.

A formal request for ideas went out Friday for what officials call a fission surface power system, The Associated Press reported. Energy officials and scientists from NASA and the Idaho National Laboratory, which conducts nuclear research, will evaluate the ideas and settle on a company to work with.

The government is breaking the project into two phases: developing a reactor design and then building two prototypes — one for testing and one to ship to the moon. The building phase also calls for designing a flight system and lander to transport the reactor.

Any design must be able to run for at least a decade and generate at least 10 kilowatts uninterrupted, far below the roughly 11,000 kilowatt-hours a year that the average residential home uses, the AP reported.

The Energy Department figures several reactors would have to be linked to provide enough power for families putting down roots in green cheese.

Right now, the government simply wants a nuclear reactor to power exploration in the south polar region of the moon. The agency didn’t identify a region of Mars.

A few in the scientific community, though, are worried that the design specifications coupled with a compressed timeline could mean reactors that use highly enriched uranium, which is also used for nuclear weapons.

“This may drive or start an international space race to build and deploy new types of reactors requiring highly enriched uranium,” he told AP.

This week, two counties launched missions to Mars — the United Arab Emirates sent an orbiter and China sent an orbiter as well as a lander and a rover. The US will send another rover to Mars next week.