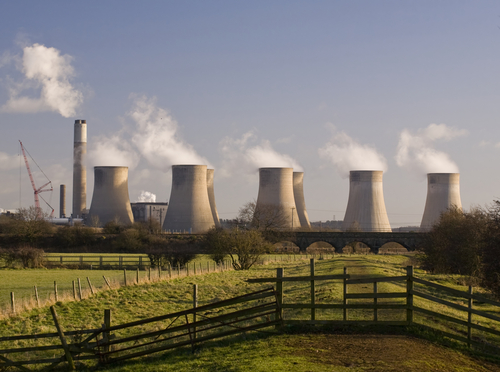 Brussels (Brussels Morning) Amidst a growing energy crisis, British ministers are seriously considering nuclear power as an option when it comes to fulfilling the 2035 green targets for the UK’s electricity system.

Despite having a low rate of public acceptance, nuclear energy doesn’t produce carbon dioxide or GHGs and it has a small land footprint. However, the waste from nuclear power plants is a matter of pressing concern. So too are the possibilities of potential catastrophes like those that occurred in Chernobyl and Fukuyama, which remain vivid in the public memory.

“We are seeking to approve at least one more large-scale nuclear project in the next few years to strengthen energy security and create thousands of jobs”, a UK government spokesperson has told Reuters.

According to ESO, the UK’s national grid, the country generates 34.6% of its electricity from fossil fuels, 33.2% from renewables (mostly wind-driven), and 13.4% from nuclear power.

The country’s existing nuclear reactors are to be closed by 2035, with construction on just one large plant, Hinkley Point C, already under way, the Financial Times reports.

However, the UK’s decision to pursue decarbonisation efforts based on nuclear power indicates a reversal of the scheduled recalibration of the country’s power capacity.

In its latest World Energy Outlook 2021, the International Energy Agency (IEA) notes that nuclear power and dispatchable low emissions capacity, such as hydropower, biomass and geothermal, are important elements in the path to clean electrification.

As they address matters of infrastructure, UK ministers are backing smaller modular reactors (SMRs), which are nuclear fission reactors designed to be easy to build and install, that are currently being developed by a consortium led by Rolls-Royce.

A multibillion-pound plan to build 16 SMRs around the country is likely to be ready by 2031, according to reporting by the Financial Times.

Each reactor will have a capacity of 470 megawatts (MW) — enough to power nearly 1.3 million homes, based on average household usage.

Supporters of SMRs say they can be built in factories and that they cost less to construct and entail fewer risks than large atomic plants.

In July, the UK Government announced the development of three Advanced Modular Reactors (AMR) projects in Oxfordshire, Cheshire and Lancashire, the IEA said.

AMRs are smaller than traditional nuclear plants and produce low-carbon electricity. Due to their size, they can be used at remote locations, and can produce enough energy to power anything from a small village to a medium-sized city.

The UK Government is developing a “regulated asset base” (RAB), which is deemed likely to be the funding model for delivery of large atomic power stations in the future.

Legislation on the nuclear RAB model is to be published later this month, according to the government.

However, opponents of the proposed model suggest that the RAB approach is effectively an “open cheque book” for developers to spend what they please on construction, leaving consumers locked into paying the costs, regardless.

Energy customers would have to shoulder the burden should a project go wrong – e.g. in the event that construction takes longer than planned and costs spiral.

According to Business Secretary Kwasi Kwarteng, a combination of measures will be necessary to reach the 2035 target for decarbonising the UK’s electricity system.

UK Prime Minister, Boris Johnson, shares this view: “Looking at the progress that we’re making in wind power, where we lead the world now in offshore wind, looking at what we can do with other renewable sources, carbon capture and storage with hydrogen potentially, we think we can get to complete clean energy production by 2035″, he said in a recent broadcast interview.

Meantime, the UK Treasury is expected to issue a final document on the costs of reaching net zero, ahead of next month’s COP26 in Glasgow.