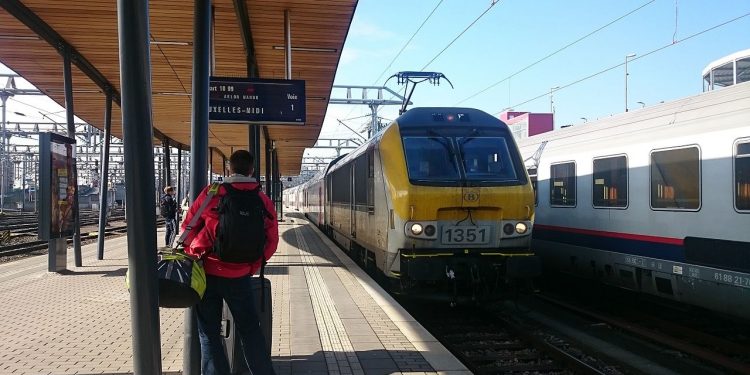 BRUSSELS (Brussels Morning) – The Dutch railway company (NS) is investigating whether the intercity connection between Amsterdam and Brussels could possibly make the journey between the two cities faster. The NS asks about a hundred respondents from the regular customer panel of the NS about possible points for improvement of the Benelux train.

In collaboration with the NMBS, the NS has started an investigation to find out how the Intercity between Amsterdam and Brussels can be improved, writes the trade journal for the rail sector SpoorPro. For example, the NS looks at extra service on board, Wi-Fi, booking tickets and also the travel time. The journey currently takes 2 hours and 53 minutes, but the railway company hopes to optimise this efficiently.

“We already announced in 2020 that we have plans to accelerate the Amsterdam-Brussels Intercity,” NS spokesperson Anita Middelkoop tells BRUZZ. “We have now taken the step to ask our customer panel what they think of this intention .”

NS thinks it can save up to forty minutes on travel time, for example by skipping stations and by purchasing new trains (the Intercity New Generation) from 2025.

The questionnaire was sent to all participants last week. The railway company is currently awaiting the results before taking further steps.

NS is prepared to roll out new trains capable of travelling at 200 kilometres per hour on some areas of the route, according to an online statement.

Before reaching Bruxelles-Midi, the train makes a stop at eight stations in Belgium, including Noorderkempen, two in Antwerp, Mechelen, and numerous stations in Brussels between Zaventem and Midi.

The Dutch business reported in 2020 that rail travel from Amsterdam to Brussels increased by 14% in 2019 and by 20% to Berlin, where it expects to introduce faster trains by 2024.

“Travel time from Amsterdam to Berlin will be 5 hours and 50 minutes, a half-hour faster than the current 6.20 hours,” according to the business.

The business said the intentions to expand service to major EU capitals are part of a larger goal to roll out faster train rides across Europe in order to attract more passengers from the aviation industry.