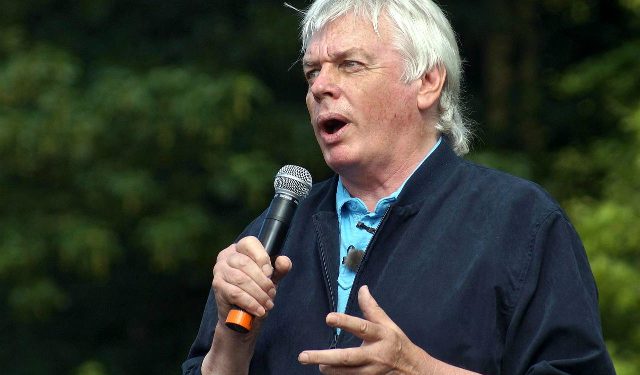 A spokesperson for the social media platform said, “The account referenced has been permanently suspended for violating Twitter’s rules regarding Covid misinformation”.

Icke, a former footballer and sports pundit, has already been removed from Facebook and YouTube for promoting misleading claims about the pandemic.

The 68-year-old is known for his far-out assertions, including that shape-shifting lizards are living among us on earth, looking to enslave the human race.

His latest theories purport the coronavirus pandemic is a scam and that 5G technology is able to spread the virus. He has also said a Jewish group is behind the virus.

After being platformed on a local London television network — London Live — to speak about his theories, regulator Ofcom found the station in breach of broadcasting guidelines because it did not challenge his unsubstantiated views.

Twitter announced in July it would not allow false or misleading information about COVID-19 on the application, claiming they were fact. It warned those repeatedly breaking its rules would be banned from the social network.

The Centre for Countering Digital Hate (CCDH) has been campaigning for Twitter and Instagram to remove Icke’s accounts, claiming his Covid-19 conspiracies have been viewed more than 30 million times. It also says the tech firm waited too long:

“Twitter had allowed him to continue spreading anti-Semitic hatred and dangerous Covid misinformation for months”.

Icke had around 382,000 followers on Twitter. His son, Gareth, responded to the removal with a post referencing the campaign group:

“Dad’s twitter gone. I’m sure CCDH CEO Ahmed will claim responsibility. I’m already working with several people on exposing him. The thumb with a face drawn on, we’re coming for you”.

Others showed they were pleased with the move. UK presenter Rachel Riley tweeted:

“The UK’s foremost hate peddler/conspiracy grifter has finally been chucked off Twitter”.