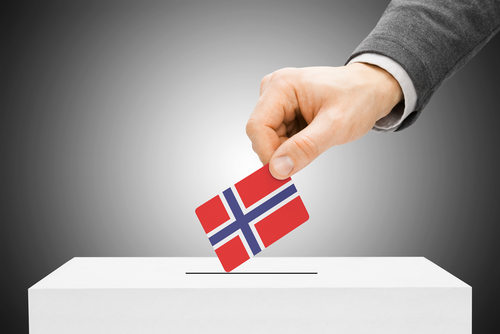 Solberg conceded the election on Monday evening, admitting defeat, after securing only 36 seats in Norway’s Storting, where 85 seats constitute a majority. Solberg’s Conservative party lost 9 seats compared to the 2017 elections, when she eventually secured a stable majority by aligning with the Liberal and Christian Democratic parties.

The Labour party emerged as the relative winner, securing 48 seats in the Storting. Party president Jonas Gahr Støre announced his intention of forming the next government. Støre said he would start talks with the agrarian Centre Party and the Socialist Left, hoping to secure a stable three-way coalition which would hold 89 seats in the parliament.

The Labour party expected to win the elections, even though prior polls indicated it would likely have to widen its search for coalition partners, sparking concerns of potential policy clashes with the Greens and the far-left Red Party.

The Greens made their support conditional on an immediate end to oil exploitation in Norway, which, despite Oslo’s gradual shift towards renewables and zero-emissions technologies, still accounts for a significant percentage of the country’s economy. Currently, the oil sector accounts for around 14% of Norwegian GDP, some 40% of its exports, and 160,000 jobs. Støre had previously rejected the Greens’ ultimatum, opting instead for a staggered transition away from oil.

But Støre will still face a significant challenge in getting the Centre Party and the Socialist Left to cooperate. The Socialists have been pushing for faster decarbonisation and greener policies, while the Centre party is pushing hard for the agrarian interests of its rural base, meaning the two clash on a variety of policies.