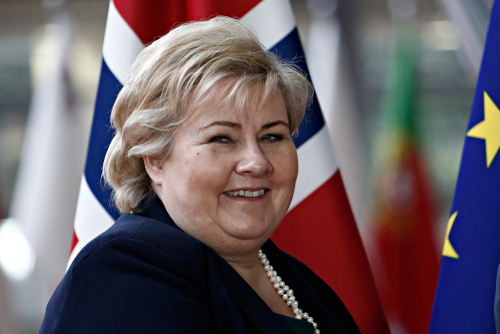 The latest polls show the public opinion has shifted significantly to the left, with the centre-left bloc favoured to hold twice as many seats in the future parliament as the centre-right bloc.

A Kantar poll of some 1,000 Norwegians, conducted between 2 and 6 August, shows the centre-left Labour party (Ap) enjoying the support of around 23% of voters, a little more than five points ahead of the Conservatives, who are currently polling at around 18%.

The Labour party first edged ahead in the polls in March, with the two largest parties switching the lead position in consecutive polls during March and April. Since May, however, the Labour party has remained consistently on top, with the trend showing that it is increasing its lead over the Conservatives.

If the trend persists, the left-leaning bloc will likely win 114 seats in the 169-member parliament, up from the 81 seats it held after the September 2017 elections. The ruling centre-right bloc, on the other hand, seems set to drop from its current 88 deputies down to just 55 – less than half of what the centre-left bloc can expect.

That being so, the Labour party president, Jonas Gahr Støre, would have the mandate to form a stable ruling coalition with the remaining left-leaning parties. Støre’s party is campaigning with a slogan that says now is the “common people’s turn”, promising tax breaks for lower and middle class, tax hikes on the top 20% of earners, an end to the privatisation of public services and more funding for public hospitals.