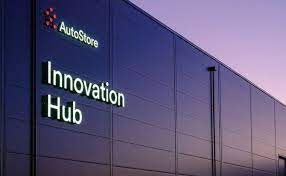 Brussels (Brussels Morning) Norwegian robotics giant AutoStore became the country’s most valued company in decades following an initial public offering, with a listing of 31 Norwegian crowns per share. With a value of 103.5 billion crowns, or 10.6 billion euro, the company has become the most valuable new listing since the 2001 Equinor debut.

The company designs and manufactures robots for industrial and retail customers, and has deployed more than 20,000 units all over the world. Its robots automate warehouses, storing and retrieving products and reducing the warehouse space needed by its operators. Clients include Siemens, Puma, ASDA, Lufthansa, DHL, Johnson &Johnson and many more.

According to company CEO Karl Johan Lier, the 2.7 billion crowns that the company raised in cash from the issue of new shares will primarily be used to de-leverage existing debt. The company’s leverage ratio is currently between 5 and 6, and Lier hopes to bring this down to around 2.5, a level, he says, is “more normal for a public company”.

After the IPO is concluded, around 17.4% of the company’s stock will be available for free trading in the stock market. A major investor in the company, Japan’s SoftBank, paid around 2.4 billion euro for a 40% stake in April this year. At the time, its investment valued the company as a whole at around 6 billion euro.

Lier praised SoftBank as a “very good partner”, noting it was ready to help the Norwegian robot-maker gain a larger foothold in the Asia-Pacific region. “They have a large network of companies that can potentially be AutoStore customers, so we see a lot of potential with the relationship”, he said.

At the time of its investment, SoftBank noted that it viewed AutoStore’s cube storage automation robots as “a foundational technology that enables rapid and cost-effective logistics for companies around the globe”. The Japanese company’s CEO, Masayoshi Son, stressed he was looking forward to “aggressively expanding” with AutoStore.