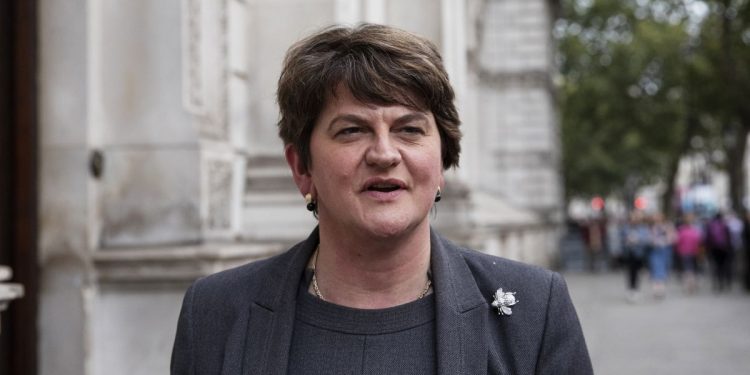 Brussels (Brussels Morning) Northern Ireland’s First Minister, Arlene Foster, has criticised the EU for its priorities, asserting that it is more concerned about protecting the trade bloc than the Belfast Agreement, Reuters reports.

“What they’re only interested in is protecting their bloc, they’re not interested, as they claim to be, in protecting the Belfast agreement”, Foster told BBC Radio, adding that “if they were, they would not be taking the action that they’re taking a present”.

The example she cited was the EU’s announcement that it had taken legal action on Wednesday, after the UK government unilaterally decided to extend the grace period for controlling food imports to Northern Ireland. Brussels insists such a unilateral move is in violation of the Brexit agreement.

In response, Northern Irish loyalists have temporarily withdrawn their support for the Belfast Agreement signed in 1998, citing concerns over the Brexit agreement.

The UK government stressed that it had taken “sensible and practical” steps to address the problems in Northern Ireland in the wake of Brexit. London rejected accusations that it had violated the Brexit agreement, France24 reported.

The Unionists warn that new border checks would separate Northern Ireland by stealth from the rest of the UK.

“If you or the EU is not prepared to honour the entirety of the (Good Friday) agreement then you will be responsible for the permanent destruction of the agreement”, the Loyalist Communities’ Council noted in a letter to UK Prime Minister Boris Johnson.

“These types of operational measures are well precedented and common in other international trade agreements, and are entirely consistent with our intention to fulfil our obligations under the protocol in good faith”, Johnson pointed out.

The UK government would “prevent a hard border on the island of Ireland”, he assured.

Brussels insists that new checks are necessary to protect the trade bloc from goods entering the single market via the border with Ireland.