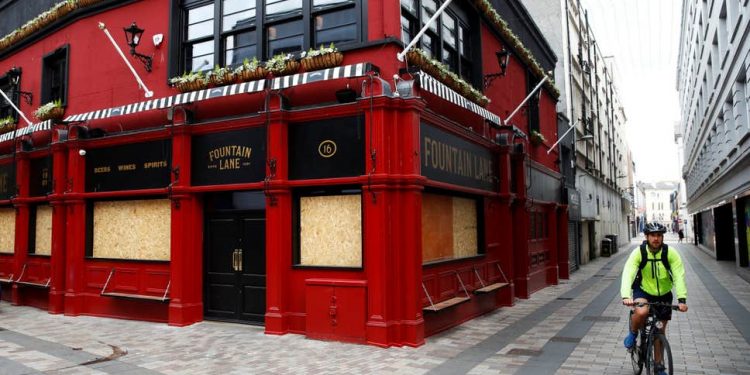 The new measures, which are among some of the harshest in the UK, have received some backlash for fear of how it might impact the economy.

They included what has been called a “circuit-breaker” — a term adopted throughout the UK — that involves a mini lockdown where all schools will close for an extended period from 19 October. Pubs and restaurants have also been told to shut their doors but can still deliver takeaways and deliveries.

Trade NI, a joint alliance of the hospitality, manufacturing and retail groups, said in a joint statement yesterday that shutdown would devastate the economy:

“No effective help is being offered to those businesses that will be forced to close as a result of a loss of trade, footfall and consumers, nor those who will lose their incomes over these difficult winter months”.

“We fully appreciate that this will be difficult and worrying news for a lot of people”, said Foster.

“The Executive has taken this decision because it is necessary, and we discussed the impacts in great detail. We do not take this step lightly”.

Foster said she was hoping support measures would be signed off on Thursday.

“I plead with people today, please take personal responsibility for your actions. Please work with us”, she added.

The news comes as four more people died in the region, making the death toll 602 for coronavirus related deaths. The number of confirmed cases increased by 1,217, the highest daily rise since the pandemic’s onset bringing the total to 23,115. Around 6,693 people have tested positive in the last week.

The announcement comes, as well, as Boris Johnson’s administration is criticised for ignoring its medical advisers’ advice by failing to implement a circuit-breaker, among other measures. The government has defended its actions and stood by its new-three tier system, promoting a localised approach to curbing virus transmission.