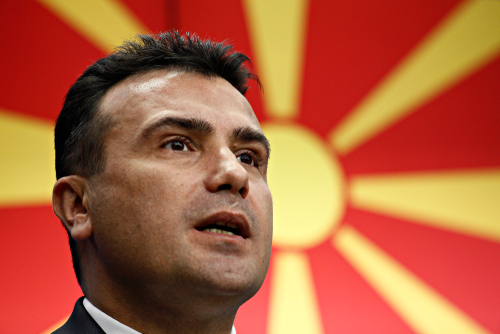 Brussels (Brussels Morning) North Macedonia’s Prime Minister, Zoran Zaev, announced on Sunday night that he will be resigning as both PM and the leader of his Social Democratic Union (SDSM), following a series of major defeats in the local elections.

Speaking at a press conference in his party headquarters in Skopje, Zaev said he takes full responsibility for the losses, and announced he would be stepping down from the leadership of the party and the government.

“I have brought freedom and democracy, and democracy means taking responsibility”, he said while stating that, rather than hold snap elections, he would support whoever is elected as party leader to also replace him as PM.

Zaev’s SDSM suffered a series of losses in the local elections, even losing its majority hold in the second round of elections in the capital, Skopje. Zaev came to power in 2017, defeating the nationalist VMRO-DPMNE party led by then-PM Nikola Gruevski. After Gruevski was found guilty of corruption and fled to Hungary, Zaev’s coalition defeated the nationalist party once more in the 2020 election.

Viewed by analysts as a pro-western reformer, Zaev resolved the long-standing dispute with Greece over the country’s name, changing it to North Macedonia and ending the Greek blockade of the country’s accession to the EU.
However, his reform policies faltered as a fresh dispute emerged with Bulgaria over the country’s official language, again stopping North Macedonia’s accession process. Plagued by enlargement fatigue, most EU member states showed little political will to either force Bulgaria to resolve its issue with its non-EU neighbour or to make significant progress in the accession process. This failure of the EU to deliver on its promises to North Macedonia is believed to be at least part of the reason why Zaev’s party tumbled in the ratings.