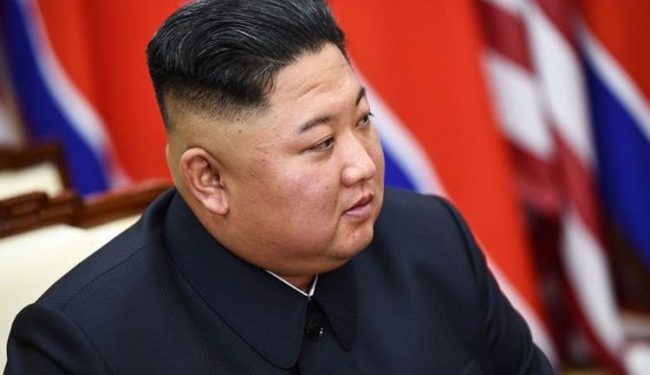 KIM Jong-un has deployed over 1,500 soldiers to the Sino-Korean border in a bid to prevent people crossing the border illegally.

North Korea has deployed hundreds of Special Forces soldiers and guards along the border in Ryanggang province to prevent illegal crossings during the coronavirus pandemic. The soldiers will also keep watch over regular border guards, in a crack down against smuggling.

The soldiers have been split into four groups, so anyone attempting the crossing will need to navigate through each of the battle lines before reaching the Yalu river border.

A military source in Ryanggang province told Radio Free Asia (RFA): “Since August 5, we have quadrupled our border security over the North Korea-China border area in Ryanggang Province.”

The insider said the deployment of troops was termed a “four-point combat position” that organises the zone near the border into four layered areas of surveillance.

The source said: “From 7am to 8pm, border guards defend the first line and the Special Forces guard the second line.

“At night after 8pm, they guard all four lines.”

They added: “The border guards man the first and the third lines, and the Special Forces guard the second and the fourth lines.

“The border guards and the special forces also keep a watchful eye on each other while they are on duty.”

The presence of the special forces is likely to create a tense atmosphere among both locals and border guards.

This is because the army have been given special powers to enforce nighttime movement restrictions on the area’s residents.

Border guards are also under strict rules and have been told to focus solely on their border duty’s.

The military insider said: “Even officials in the border area are under their control in this tense atmosphere, except in cases where they [must travel] as a matter of national affairs.

“Ever since the Special Forces soldiers were deployed [here], the border guards have been made to stop their side jobs and any other daytime work, and they are expected to rest during the day.

“They are strictly not allowed to do any other activities or rest while they are on night duty.”