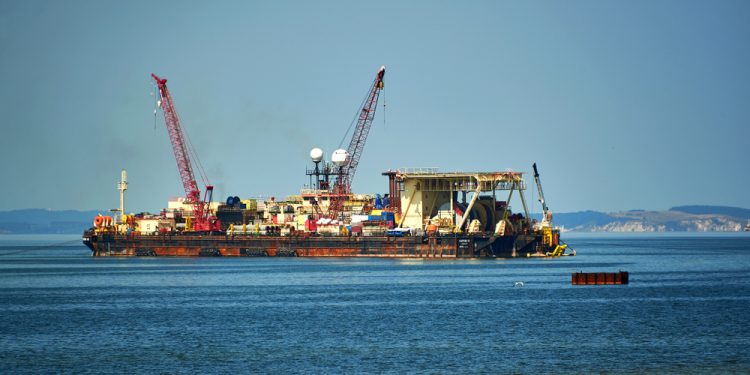 Brussels (Brussels Morning) The Russian pipe laying vessrel Fortuna is no longer at the Nord Stream 2 construction site in the Baltic Sea, according to Refinitiv Eikon data, Reuters reports today.

This suggests the 2.6-kilometre stretch of the pipeline in German waters is completed, and that the Fortuna is now heading for the German port city of Wismar in the north of the country.

The Fortuna continued work on laying the pipeline earlier this month, after year-long pause following the threat of US sanctions. The Nord Stream 2 is to deliver natural gas from Russia to Western Europe directly, bypassing Ukraine.

The estimated cost of the project stands at 9.5 billion euro. Washington has warned it will jeopardise Europe’s energy security by making Western Europe more dependent on Russian-sourced natural gas. An unnamed US official notes that US sanctions have raised the cost of the project by about US$ 1 billion to date.

Nord Stream 2 has reignited tensions between the West and Russia. Moscow has denounced the sanctions, claiming they are a form of unfair competition. At this stage, more than 90% of the project is complete, with the consortium, led by Russian Gazprom energy giant and its Western partners, still to lay approximately 100 kilometres of pipeline.

US and Russia at odds

Last week, the US noted it had called on European companies and allies to boycott the project and announced that it was preparing broader sanctions in the coming weeks. Earlier in the month, Russia warned that proposed US sanctions could jeopardise the project, stressing that European countries and Moscow have an interest in completing the pipeline.

Gazprom’s Western partners on the Nord Stream 2 project include Germany’s Uniper and Wintershall Dea, Austria’s OMV, British-Dutch Shell and France’s Engie. The new pipeline should double the capacity of the existing Nord Stream pipeline, an achievement expected to increase friction between Russia and the US, which is looking to export more of its liquefied natural gas to Europe.The Danish Maritime Authority announced earlier this month the Fortuna would resume work on the Nord Stream 2 in the Baltic Sea on 15 January next year, Reuters reports. The Fortuna will be accompanied by the Baltic Explorer and Murman construction ships plus other supply vessels.