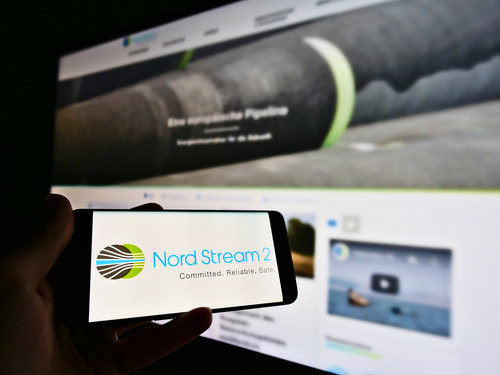 Brussels (Brussels Morning) Despite growing opposition from the US, the European Parliament and many EU member-states, the Nord Stream 2 project will continue, with the companies involved in the project committed to its completion.

A partnership between the Russian natural gas supplier Gazprom and several European companies, the Nord Stream 2 natural gas pipeline aims to double the gas delivery capacity of the Baltic sea pipeline from the current 55 million cubic metres per year.

“Nord Stream 2 and the companies supporting the project remain committed to its completion and believe its commission is in the interest of Europe’s energy security, European consumers, and EU economic competitiveness,” a Nord Stream 2 spokesperson told Brussels Morning.

The project faced outright US opposition from its inception. Washington expressed concerns that it would increase Europe’s dependence on Russian gas. Critics note too that the current total gas transport capacity connecting Russia to Europe is already under-utilised, and claim that Nord Stream 2 would divert delivery routes away from Ukraine, leaving the country poorer and less stable.

Germany, however, maintains that dependable gas supply – without the risks of interruptions associated with the Ukrainian pipeline – is essential as a stop-gap measure in the transition to greener energy production.

The political dimension of the project became increasingly complicated with the Russian annexation of Crimea and its support for the pro-Moscow rebels in Ukraine’s Donbass region. Growing demands by the US and several EU countries that Nord Stream 2 be halted as part of sanctions against Russia for Moscow’s disregard for international law have compounded the situation.

The attempted poisoning and subsequent arrest of prominent Kremlin critic Alexei Navalny raised the stakes, with the US imposing sanctions on the Russian pipe-laying ship Fortuna, currently working to complete the final 148 kilometres of the 2,460-km-long pipeline.

“The laybarge Fortuna has started preparatory works and tests in the construction corridor in the Danish EEZ, ahead of the resumption of the Nord Stream 2 construction,” the project’s spokesperson told Brussels Morning, noting that 120 kms of the final stretch have yet to be set in Danish waters, with the remaining 28-km stretch planned to be laid in German territorial waters.

Last month, the European Parliament passed a non-binding resolution urging that the project be stopped. Also, the new US Secretary of State, Antony Blinken, assured his confirmation hearing he would do “all in his power” to stop the project. France’s European Affairs Minister, Clement Beaune, urged Germany on Monday to drop the project, saying he was appalled at the mass arrests of Russian protesters who have been calling for Navalny’s release.

Now that the Moscow court has handed down a prison sentence to Navalny, the Baltic states have called again for new sanctions against Russia, while Germany’s Foreign Minister Heiko Maas has condemned the court verdict.

Germany’s Chancellor Angela Merkel continues to insist that the Nord Stream 2 project is a private enterprise, and remains reluctant to stop the nearly-completed pipeline. She indicated the need for discussions with Washington as to just what economic relationships with Russia are acceptable, and what are not. “It’s not as if there were absolutely no trade relations between the United States of America and Russia in the oil sector, for example,” she remarked.

Not likely to stop

Merkel has objected to the US imposing extraterritorial sanctions. A Nord Stream 2 spokesperson noted that the European Commission also agrees such sanctions are contrary to international law and a violation of Europe’s sovereignty.

With German, French, Austrian and Dutch companies working as partners on the project, it is considered very unlikely that a joint EU response to the latest developments in Russia will entail a move to kill the project. What remains to be seen is whether Blinken as the new head of US diplomacy will be able to offer sufficient alternate incentives to win over the affected EU countries to Washington’s point of view.