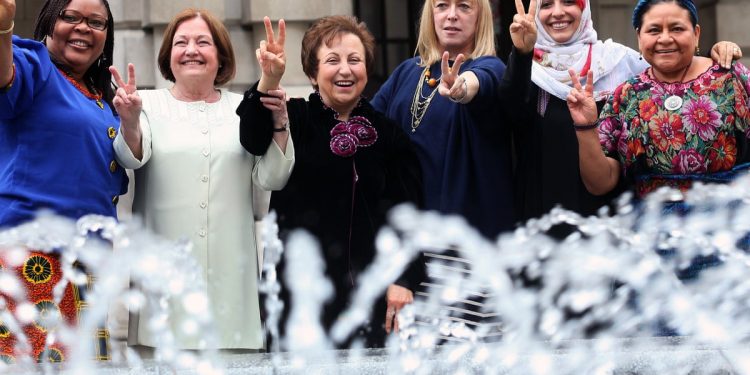 Five women Nobel laureates said this week they were “profoundly shaken and saddened” by the resignation of seven staff at the organisation created to promote peace, justice and women’s rights.

Shirin Ebadi, Rigoberta Menchú Tum, Leymah Gbowee, Tawakkol Karman and Jody Williams said while they were aware of challenges within the Nobel Women’s Initiative, they “deeply regret not recognising the depth of their broader impact on staff”. They have launched an external review.

The Nobel Women’s Initiative, based in Ottawa, is the third prominent women’s rights organisation to announce reviews of working practices in the past two months. The International Women’s Health Coalition and Women Deliver have launched investigations into allegations of racism, bullying and discrimination in their offices.

In their collective resignation, submitted last month, the seven signatorieswrote: “Nobel Women’s Initiative, in our view, requires profound organisational reforms – based on transparency, equity, inclusivity and a commitment to uproot embedded patriarchal practices – in order to fully uphold its values.”

They said the decision to resign followed several attempts to raise their concerns. “Failure to prioritise and address our concerns in a transparent and inclusive manner, and attempts to devalue and diminish our voices, led to our collective resignation. We speak out today to protect future staff and women activists.”

The group declined requests to comment further on their reasons for resigning.

In a statement published on Monday, the laureates said: “As an organisation committed to peace, justice and equality, this is a moment for deep soul searching and change.”

It added: “We are committed to taking all necessary steps to strengthen the organisation, improve its workplace and support a healing process.”

The laureates said they would make any necessary changes in leadership, governance and staffing practices “to ensure that what we do and how we do it is structured to accomplish our work in line with our feminist vision of peace and nonviolence, socio-economic justice and equality”.

The Nobel Women’s Initiative was set up in 2006 by Ebadi, Menchú Tum, Williams, Mairead Maguire, Betty Williams and Wangari Maathai. Maguire resigned from the initiative in January. Williams died in March and Maathai died in 2011. Aung San Suu Kyi was made an honorary member, but was criticised by the other members for her handling of the Rohingya crisis.