No more towers in the Wetstraat 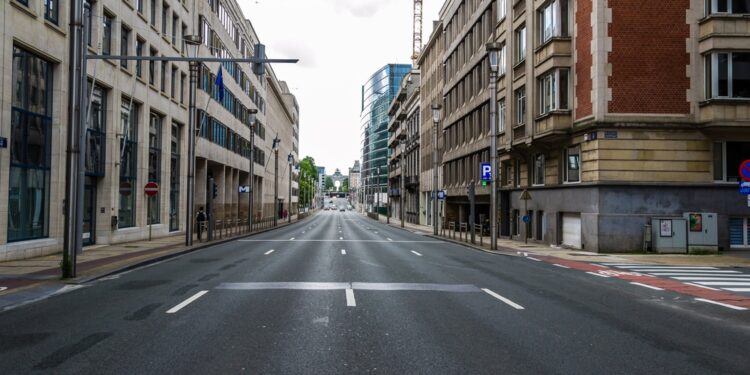 Brussels, (Brussels Morning) –  This is stated in the “Shared Vision” that the City of Brussels and the Brussels-Capital Region have presented today. The RPA “Law” is therefore definitely a thing of the past. The City and Region have come up with a new vision that should make the neighbourhood greener and ensure a better balance between housing, work and life.

The elaboration of the Strategic Plan for Construction (RPA) “Wet”, which determined the spatial framework for the zone around the Wetstraat, will be discontinued. “So there will be no more towers in the Wetstraat,” said Prime Minister Rudi Vervoort (PS), State Secretary for Urbanism Pascal Smet (Vooruit) and Brussels Alderman for Urbanism Ans Persoons (one.brussels – Vooruit) during a press conference on Thursday afternoon.

The City of Brussels and the Brussels-Capital Region come up with a new ‘Shared Vision’ for the European Quarter. It is built around nine principles and was established on the basis of consultation between the concerned municipal authorities, the competent regional and European administration, the private sector and representatives of civil society.

In concrete terms, the city and region aim to find an answer to the recent increase in home working, the needs of residents and employees, and the need to take greater account of the role that public spaces and buildings can play in climate change.

Not compacting and more greening

“The current density of the neighbourhood is the limit,” says BRUZZ. “The European quarter is already very densified, so it will not be allowed to densify in the future.” On the contrary: “Where possible, we will decongest and preserve courtyards,” Pascal Smet adds to his colleague.

Although that will not happen by building extra in height. “The towers in the Wetstraat will not be built,” it sounds decidedly. As a result, the ideas of the French top architect Christian de Portzamparc now definitively disappear into the wastepaper basket.

Both the City of Brussels and the Region want to breathe new life into the European quarter by preserving existing buildings as much as possible and converting them qualitatively.

“The principle of tearing down and rebuilding is outdated. Look at the SECO building in the Aarlenstraat, where we were able to convince the building promoter of a renovation of the existing building,” Pascal Smet said. “In this way we also preserve the post-war architecture that is so typical of the district.”

“Globally speaking, the district should be used for mixed use. In addition to offices, housing and shops must also be built,” said the State Secretary for Urban Planning. This does not apply to Wetstraat and Belliardstraat, though. “Houses there are not realistic. The principle of ‘mixité’ is therefore more fundamental here,” explains Smet.

“Mixité” was clearly the buzzword at the press conference. This is also emphasised by Ans Persoons, who wants to find a balance between housing, work and life for the Leopold district – which currently has only 1017 residents. “To this end, we are going to hierarchize the streets .” Each street has a specific function. “In this way we aim to create space in the Science Street for catering and relaxation. Other streets will be given a residential character.”

Making use of underground car parks

According to Persoons, a lot is possible in terms of designing the public space. “There is an oversupply of underground parking spaces in the Leopold district, which means that we can easily shift above-ground parking in order to significantly improve the quality of the public space in the district.”

Another addition to this recipe for a liveable European district is the limitation of through traffic. The number of lanes in Wetstraat and Belliardstraat will be reduced to three in due course. There should also be more greenery.

In order to steer the development of the district in the right direction, “we use the urban planning permit as a strong policy instrument,” says Smet. “There is no need to fear laxity,” Vervoort assures.

In addition, the region sees leverage in the so-called urban rulings. If a building is sold, the Region can clearly determine what is possible with the building. “We have already done that at the Proximustoren in Noordwijk,” Smet illustrates.

Knowing that the European Commission wants to get rid of half of its buildings by 2030 , the urban rulings will become an important lever in the urban planning policy of the Region.