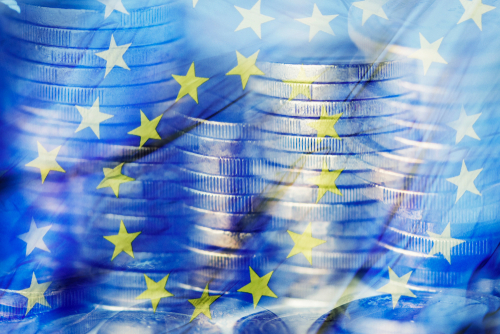 Brussels (Brussels Morning) Advocates of debt relief got little comfort when MEPs reviewed the European Central Bank’s annual report in the European Parliament yesterday. An appeal signed by some of Europe’s top economists was published at the weekend calling for the cancellation of public debt within the EU to offset the effects of the corona pandemic.

Signed by 100 reputable economists and politicians, among them Thomas Piketty, the opinion piece advocates for a debt write-off by the European Central Bank. The economists argue that since 25% of EU member state public debt is now held by ECB because of various asset purchase programmes, the public debt should be cancelled or transformed into perpetual debt with zero interest rate.

The debt relief debate has gained traction in Belgium, France and Italy, so much so that its proponents held it as almost certain that the ECB will take that extraordinary measure. According to the petitioning economists, government bonds on the ECB’s balance sheet amount to €2.5 trillion in assets held, which, if cancelled, would have a big impact on the European economy. In keeping with this view, they argue that the ECB could afford to lose out since it could counter negative capital by more or less printing money to compensate for the loss.

Such an approach runs counter to the prevailing view that to do so would contravene the EU treaty article prohibiting monetary financing. However, the economists maintain that going this route should not be ruled out by EU treaty provisions for ECB debt write-off, despite monetary financing being prohibited.

ECB President Christine Lagarde made an appearance at Monday evening’s sparsely attended plenary session, which was held by remote. Parliament has to formally sign off on. the Central Bank’s annual report. Over the weekend,, she had ruled out an ECB debt cancellation, saying it would be inconceivable.

Focus on inflation and asset purchases

Lagarde told the plenary that that the economic contraction in the eurozone last year had been unprecedented. “We took swift action and the ECB played a vital role centred on the pandemic emergency purchase programme, which was expanded twice, by €500 billion in December,” she observed. “This was tailored to the corona crisis as a market backstop to stabilise finances.”

Rather than respond to the calls for debt cancellation, Lagarde reflected on the increase of headline inflation in the coming months. “There is weak demand, increasing slack on the labour market, a euro exchange rate appreciation, as well as ‘softer’ wage pressure,” she stated.

Lagarde promised that favourable financing conditions would remain in place throughout the COVID period.

Greek MEP Dimitrios Papadimoulis with the Left was pleased to hear that the ECB would continue with its emergency purchase programme for the duration of the pandemic. “Public debt is mounting to over 100% of GPD in some countries. The eurozone should not become a debt zone,” he exclaimed. “Lagarde said before that it will not be business as usual. The corona debt must be reset, as it was caused by the pandemic. A hundred economists propose that and have assured that it is necessary.”

The Socialist group agreed that support from the ECB should be reinforced to sustain the recovery.

“You can be part of history if you continue to do what you have to do to save the European economy. The ECB has played a crucial role while fiscal policy takes time to deliver,” Spanish MEP Pedro Marques with the Socialists stated.

“The year 2021 may go down as the year in which the ECB decided to be fully and genuinely a central bank. We have the lowest interest rates in history and banks can rely on negative funding for lending to households,” Fabio Massimo Castaldo, Italian MEP with the Five-Star movement pointed out.

“The elephant in the room is the huge debt that is run up by all the member states dealing with the effects of the pandemic,” he said.“A hundred illustrious economists did state in a letter that we should write off the debt, to allow member states to rebuild sustainably again. If not now, then when?”