No decent living on minimum wage – EU to set standard 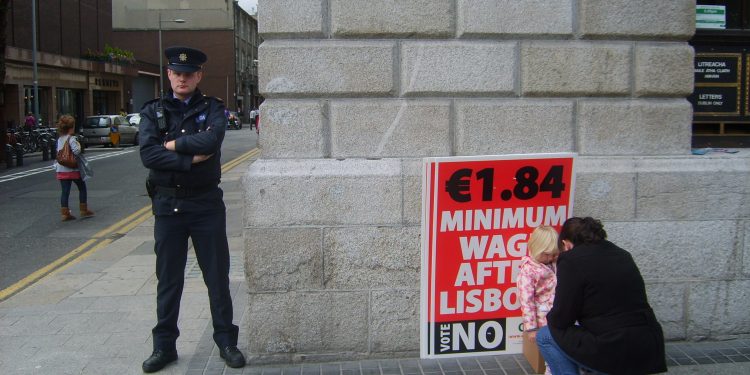 “The EC has delivered on a very important part of the Pillar of Social Rights. This directive is about setting minimum wages but also collective bargain systems (…) we invite member states to establish objective criteria,” Jobs Commissioner Schmit said. He pointed out that the directive is not a “one size fits all” deal, that it was important to reflect the diversity of the EU.

Denmark’s Employment Minister Peter Hummelgaard told the Financial Times he does not want to see “EU interference undermining the Danish labour market model”. Hummelgaard supports the principle and the decision that all Europeans should receive a decent living minimum wage but he insisted that social partners negotiating the wages without political intervention “must continue”.

The European Trade Union Confederation (ETUC) reacted to the EC’s directive saying it “needs key improvements” including a “threshold of decency” — 60% of the median wage and 50% of the average workers’ wage and greater control over private companies benefiting from public procurement and other funding sources.

The EU executive suggested a number of criteria for EU countries to take into account when establishing adequate minimum wages set by law. These range from purchasing power (considering taxes and social benefits), to general levels of gross wages and their distribution, growth rate of gross wages and labour productivity.

“What we propose today is a framework for minimum wages, in full respect of national traditions and the freedom of social partners. Improving working and living conditions will not only protect our workers, but also employers that pay decent wages, and create the basis for a fair, inclusive and resilient recovery,” EC President von der Leyen said.

The concept of a minimum wage for Europeans was first presented by von der Leyen, when she addressed the European Parliament in July 2019 seeking to gain broad support from MEPs.

According to the EC, since the financial crisis, the proportion of people not enjoying decent living wages and still facing poverty rose from 8.3% in 2007 to 9.4% in 2018, in relation to the EU’s total workforce. Moreover, the effects of the pandemic on the economy have greatly impacted the lives of a great number of Europeans to the extent that “if we do not act now, the pandemic will increase inequality,” Commissioner Dombrovskis declared.