No credible alternative for the dollar as global reserve currency 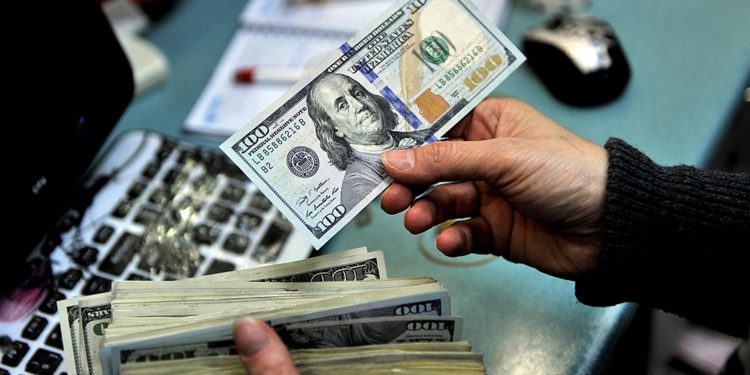 Washington (Brussels Morning) Mark Medish is an experienced diplomat and a member of the US Council on Foreign Relations. We talk to him about the role of the US dollar amid a global pandemic, falling oil prices, a Sino-American trade war, and a deep transatlantic divide.

Ambassador Tedo Japaridze (TJ): The COVID-19 Pandemic appears to be the first international crisis without US leadership. Is this a one-off or the beginning of a trend?

Mark Medish (MM). This is another way of asking whether Trump is a one-off, and we are about to find out.Trump’s isolationism and anti-multilateralism are anomalous in post-WW2 US policy. To some degree these attitudes go beyond this president and reflect deeper public fatigue about US overextension in the long Middle East wars and occupations and criticism of too rosy a view of globalization. US international credibility has suffered in the process.

A Biden administration will certainly return to multilateralism – for example, re-engaging with the World Trade Organization, the World Health Organization, the UN, arms control and the climate treaty process. However, it must also be prepared to adjust to a changed, more multipolar world, to innovate new policy approaches and to rebuild popular support, rather than simply revert to the old patterns. We need to see not only a return but a deeply refreshed US approach to international leadership.

TJ. What is the state of resilience of the global banking system at this point in time? Are you confident G7 economies can maintain negative interest rates and Triple-A credit ratings while deficits continue to soar?

MM. The global banking system is generally in a stronger position today than in 2008 thanks to stress-testing, higher capital requirements and the regulatory reforms. That said, the macroeconomic situation in both the G7 zone and emerging markets is precarious because of stress from the prolonged and deep COVID-19 crisis. Risk from debt levels and the potential for cascading bankruptcies are being tamped down by extreme monetary stimulus. Without a sharp return to real growth – the much hoped for V-shaped recovery – we can expect debt fall-outs, bankruptcies and other adjustments over the next two years.

TJ. The dominance of the US Dollar has been founded on its predominance in international energy markets. Do you see stepping away from fossil fuels as threatening the role of the “greenback”?

MM. The dominance of the US dollar is based on a long-term and widely shared assessment that the US has the resources, scale, institutions and policy tools to remain resilient and dynamic.

The dominance of the dollar in commodity markets including fossil fuels is a reflection of this resilience and not its prime cause. The dollar’s status is also protected by the fact that, despite the rise of ambitious contenders such as the euro, the renminbi, and bitcoin, for now, there are no credible alternatives to replace the dollar as the global reserve currency.

At the same time, the US should not take for granted the seigniorage of the USD. One of the biggest dilemmas has to do with the ever-expanding use of the dollar as a tool for imposing unilateral financial sanctions programmes. This policy trend will fuel the demand for alternative international payment and settlement options.

TJ. What should be the one long-term objective of US Official Development Assistance at this point in time?

The division of labour between USAID, MCC and DFC should be reviewed for strategic coherence and effectiveness. US development assistance must increasingly compete with low-conditionality donor and creditor countries such as China. This competitive environment means that the US will need to work harder at reassuring recipient countries it is offering the best overall combination of financial support, public-private partnership and institutional knowhow. In addition, US leadership in multilateral development organizations, for example the IMF, World Bank and the UN specialised agencies, will be equally important but we must put our money where our mouth is. All of these institutions must continue to adapt to a world in which private capital flows are far larger than official ones.