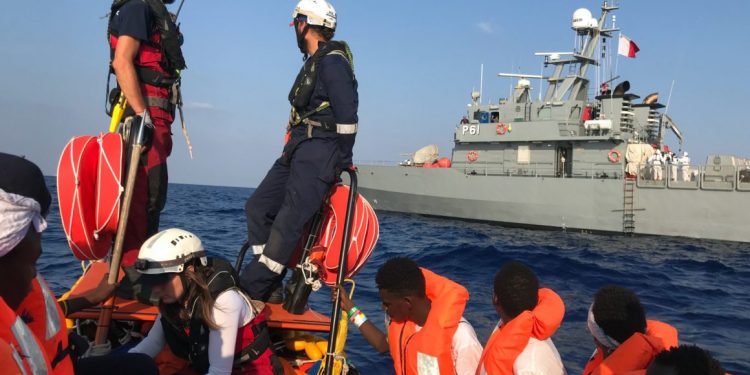 While Germany is planning to take in some 1,500 people from the Moria migrant camp, there is little agreement among EU member states on an EU-wide migration policy, according to Reuters  reporting, Thursday.

German political leaders are trying to one-up each other as demands mount for the country to take in more migrants. Many religious leaders, aid organizations and authorities have been insisting the country should accept more of the people left without shelter after the Lesbos island migrant camp burned down last week. Germany’s Minister of the Interior, Building and Community Horst Seehofer is pushing for an EU-wide migration policy and wants the German Government, currently at the helm of the EU presidency, to produce a solution.

However, EU member states are divided on how to tackle the migrant problem, with Hungary and Poland, for example, refusing to take in migrants at all and Austria displaying stiff resistance. Instead, Austria’s Chancellor Sebastian Kurz, determined not to follow in Germany’s footsteps, is offering on-site aid on Lesbos.

Meanwhile, the Netherlands has expressed willingness to accept 100 from the Greek island but says the number must then be deducted from the allotted total designated for migrant/refugee cases being handled by the United Nations High Commissioner for Refugees (UNHCR).

The Christian Democratic Union of Germany’s (CDU) spokesman on interior affairs, Mathias Middelberg, has warned against giving the impression that Germany is willing to solve the migration issue by itself. Not only would it be unhelpful, but a go-it-alone policy would hamper efforts to find an EU bloc solution and even encourage migrants to  think they could sidestep established procedures for having asylum applications processed and approved.

Meanwhile, Greek authorities maintain that migrants most likely set the Moria migrant camp on fire in a bid to force a move from Lesbos island to the mainland. Several Afghan nationals have been arrested on charges of arson, including two minors since brought to the mainland for protection following the fire. Alternate Minister for Migration and Asylum Policy Giorgios Koumoutsakos has warned that any who  think setting fires is the route to the mainland and then to Germany are sorely mistaken.