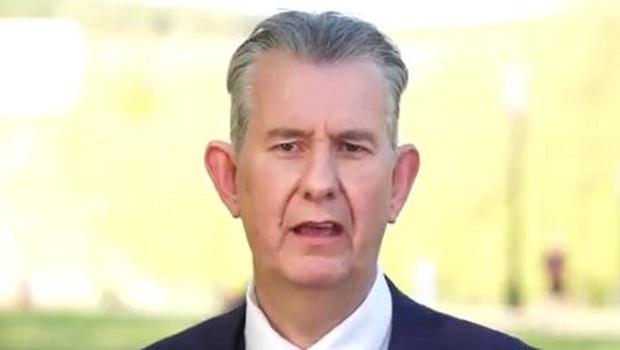 Belgium (Brussels Morning Newspaper) Northern Ireland’s Agriculture Minister Edwin Poots ordered a halt to all post-Brexit checks for agricultural goods and food coming into the province from mainland Britain on Wednesday, ignoring Ireland’s objections that such a move would breach international law.

Poots ordered that all checks be stopped starting midnight Wednesday, although some checks continued to take place at Northern Ireland’s ports today. Poots claimed he had received legal advice telling him he is within his powers to make such an order.

Checks on goods entering Northern Ireland were mandated by the so-called Northern Ireland Protocol as part of the Brexit agreement between London and Brussels, the goal being to prevent the creation of a land border between the UK province and the Republic of Ireland.

Once the UK left the EU single market, all goods entering the single market area would necessitate customs checks, an arrangement considered likely to disturb the delicate peace on the Irish island, brokered by the 1998 Good Friday Agreement. That Agreement, which ended sectarian violence between pro-British Protestants and pro-Irish Catholics, guaranteed that no hard border would ever be returned to the island, a provision made more straightforward given that both the Republic of Ireland and the UK were EU members at the time.

Poots is a member of the Democratic Unionist Party (DUP), a pro-UK party that opposes border checks, fearing they will ultimately push Northern Ireland closer to unification with the Republic of Ireland.
The Irish republican Sinn Fein (SF) party, which co-shares the rule of Northern Ireland with the DUP, has dismissed the order by Poots as a “stunt”. SF’s Deputy First Minister Michelle O’Neill accused the DUP of “attempting to unlawfully interfere with domestic, and international law”.