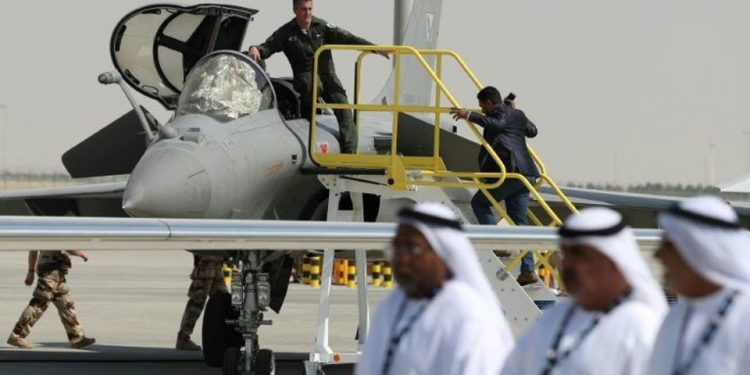 Brussels (Brussels Morning) Top humanitarian and human rights organisations have called on France to grant the French parliament control over arms sales, RFI report. Fourteen NGOs issued the call ahead the release of a parliamentary report on control of arms exports, which is due tomorrow, Wednesday.

In a joint press release, the group of NGOs, which includes Human Rights Watch, Amnesty International, the Intenational Federation for Human Rights (FIDH), Oxfam, the Cairo Institute for Human Rights and Salam for Yemen, among others, stressed the importance of ending France’s opacity on arms sales.

In the release, the group argued the case for Parliamentary control over arms sales on grounds that French arms have been shown to be used in serious violations of humanitarian law, especially in Yemen, where the civilian population has been severely affected.

The Parliament’s Foreign Affairs Committee launched a fact-finding mission on control of arms exports at the end of 2018, which was led by MPs Michèle Tabarot and Jacques Maire.

The mission was in response to pressure from the public and from NGOs, which had warned that French arms sold to the United Arab Emirates and Saudi Arabia would likely be used illegally against Yemeni civilians. The sale of weapons to Saudi Arabia was first brought to public attention by the Disclose investigative website in April last year.

The report titled “Made in France” is based on documents leaked from the French Directorate of Military Intelligence (DRM) and shows the scale of French arms sales to Saudi Arabia. It details the impact these sales have had in the war in Yemen, stressing that the use of French Leclerc tanks and CAESAR truck-mounted howitzers played a significant role in the deaths of civilians recorded in the period between 2016 and 2018.

The group of NGOs pointed out that, as far as parliamentary control over arms sales goes, France is an exception among Western countries. Weapons sales in Germany, the UK and the US must be approved by their respective legislative bodies.

Despite alleged responsibility for repeated violations of humanitarian law, Saudi Arabia was among the top three importers of French arms in 2019, while orders for French arms by the United Arab Emirates reached record levels.

Tony Fortin, head of research at the Armaments Observatory NGO, one of the signatories of the press release, pointed out that Germany, Sweden and the Netherlands had limited arms sales to Saudi Arabia thanks to democratic control mechanisms that allow civil society to have a say in the matter.

“We must take advantage of this opportunity and make progress in this regard”, he urged, concluding that it was high time for France to follow in the footsteps of its Western counterparts.