New Zealand unemployment at 4% in surprise fall during coronavirus pandemic 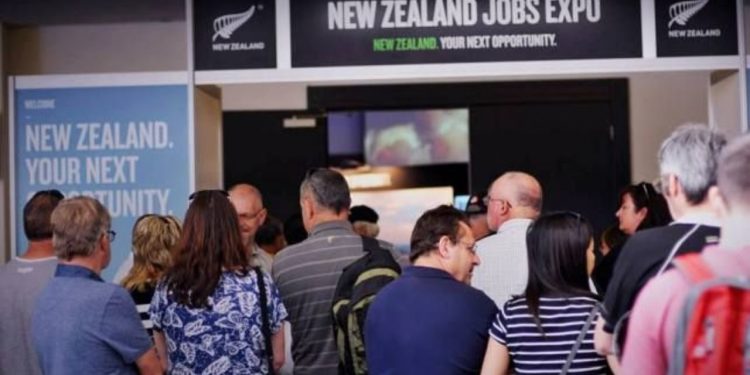 Figures showing joblessness in New Zealand has fallen during the coronavirus pandemic have been welcomed by the government and provoked shock and sharp scepticism from economists.

The government agency Statistics New Zealand on Wednesday produced an eye-popping figure of 4% unemployment for the three months to the end of June, down from 4.2% last quarter – before coronavirus restrictions took hold.

In May’s budget, Treasury predicted the June rate would be 8.3%. New Zealand’s government in late March imposed one of the strictest Covid-19 shutdowns in the world; measures were eased between late April and early June.

The lockdown is credited with quelling the spread of the virus; there is no known community transmission in the country, and life has returned to normal except for strict border controls.

The government’s detractors had said the shutdown would take too high a toll on the jobless rate. But Grant Robertson, the finance minister, said the figures showed the “robustness of the economy” and were a vindication of the measures.

“Being able to reopen our economy sooner has saved jobs,” he said. “It is proof that getting on top of the virus is the best thing we can do for our economy.”

Robertson, from the centre-left Labour party, noted comparative unemployment rates of 7.4% in Australia and 11.1% in the United States.

Yet, as he acknowledged, the headline result doesn’t tell the full story. Labour force participation and overall employment have also fallen as people left the workforce entirely.

Hours worked (down 10%) and the underutilisation rate (10.4%t to 12%) – a marker that measures untapped capacity in the economy – also slumped at record rates.

ASB Economics said the result “quashed widespread expectations of a large increase” owing to workers abandoning the job hunt in lockdown; actively searching for a job is a requirement for someone to be officially classed as unemployed.

“Laid-off workers opted, or were forced, to leave the labour force given the difficulties,” Nick Tuffley, ASB’s chief economist said.

“Today’s data are certainly welcome to the extent they indicate a stronger-than-expected starting point for the labour market,” he added. “However … we know labour market conditions are likely to deteriorate from here.”

Throughout the surveyed period, the NZ government used a $NZ13bn ($A12bn) wage subsidy scheme to keep New Zealanders in jobs. It ends in September.

Those who lose jobs as a result will receive a bulked-up unemployment benefit for a further 12 weeks before reverting to the baseline social welfare payment.

Paul Goldsmith, the finance spokesman for the opposition centre-right National party, said the halt to people looking for work showed a confidence drop-off.

“Today’s unemployment figures don’t tell the full story of the jobs crisis we’re in as a country and are masked by the 452,425 people on wage subsidies,” he said.

“With wage subsidies set to wind down from 1 September, the real cost of this economic downturn will be felt then.”

The left-leaning Green party said the figures added weight to its proposal to lift baseline benefits, funded by a wealth tax on the top six per cent of earners.

Robertson said the outlook for the rest of 2020 was gloomy.