New voters can decide the 2024 elections 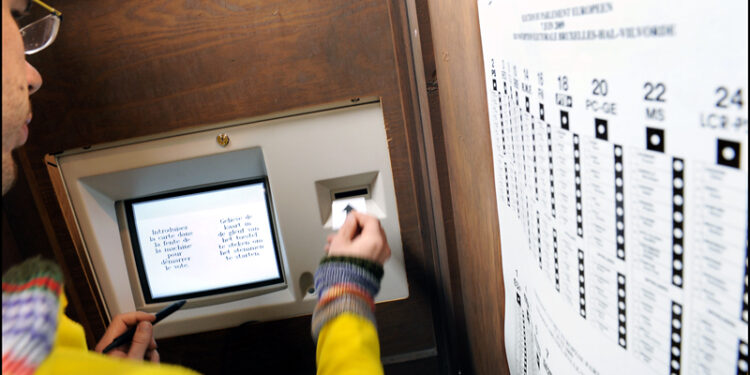 BRUSSELS (Brussels Morning) – The choice of the 20 percent of new voters and the recovery of the 16 percent of non-voters and 6 percent of blank voters can determine the election result in 2024. This is evident from a statistical analysis of the 2019 elections by KU Leuven sociologist Jan Hertogen.

For the Brussels elections of 2024, the sociologist predicts that there will be 20 percent of new voters, taking into account deaths at old age, the transfer of a new generation of voters and the number of new Belgians over 18 in 2024.

The influx of new voters is strongest in municipalities where the PS and PTB receive more votes than elsewhere. In Sint-Joost-ten-Node, Molenbeek and Anderlecht, the percentage of new voters will be highest before 2024.

In addition, in the most recent elections in the Brussels region there were 16 percent uncast votes and 5 percent blank or invalid votes.

“Together with the 20 percent new votes, they are the main groups that will determine the future of Brussels and the deployment of Brussels at the federal level,” it says in the analysis. “Just like in the other regions, migration and its descendants will increasingly give substance to the democratic character of the elections with their input.”

Analysis of the parties

The analysis also examined the correlation of the election results of all Brussels parties in 2019 with 32 social, economic and demographic factors.

It is striking that the percentage of industrial earners in the municipalities is least related to votes for the PS.

Voters for Ecolo clearly come from municipalities with a different profile: many inhabitants with a French migration background and from other European countries, Italians and foreigners in general, in which expats and teachers have a large share.

The characteristics of municipalities where the MR has a higher score are the mirror image of those of the PS. The correlation between MR votes and the percentage of industrial workers in a municipality is striking.

Défi has a higher number of votes in municipalities with more affluent residents, with fewer residents with a non-European migration background or Muslims, and with fewer non- or blank voters. It is also the municipalities where Listes Destexhe and Vlaams Belang scored better.

The strongest correlation is striking between civil servants who live in a municipality and vote for (the small) Parti Populaire.