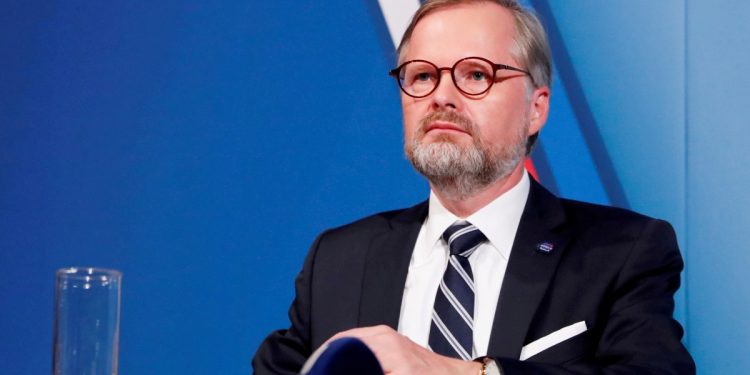 “We are not starting in an easy situation”, Fiala declared after his government was appointed by the parliament. “We are facing huge problems like Covid, energy prices, inflation and all that it brings.”

Political analysts expect the new government to be much more pro-Western and willing to engage constructively with the European Union than was the case with the Babiš government. Certainly, it will have to face tough challenges, ranging from the growing cost of living for citizens to the mounting strain on hospitals faced with a fresh surge of coronavirus cases.

The five-party coalition could also face internal disputes over the first major hurdle – the plan to cut the 2022 state budget by some 80 billion Czech crowns – around 3.1 billion euro. Finding room for savings might strain the untested ties between the ruling parties, with mandatory spending items having soared in recent years due to increased pensions and public wages. The impending government is also burdened with an inherited tender for a new nuclear power plant, which has projected costs that go into the billions of euros.

Earler this week, Fiala defused a possible clash by reaching agreement with President Miloš Zeman, a Babiš ally, over the appointment of the next foreign minister. Zeman initially had opposed the nomination of the Pirate Party’s Jan Lipavsky, fearing he could undermine the country’s relations with Israel and countries in the Visegrad group – Slovakia, Hungary and Poland.

The coalition government’s programme commits the country to continuing developing a strategic partnership with Israel, and to sustaining its cooperation within the Visegrad alliance.