by Aleksandar Srbinovski
in Commission 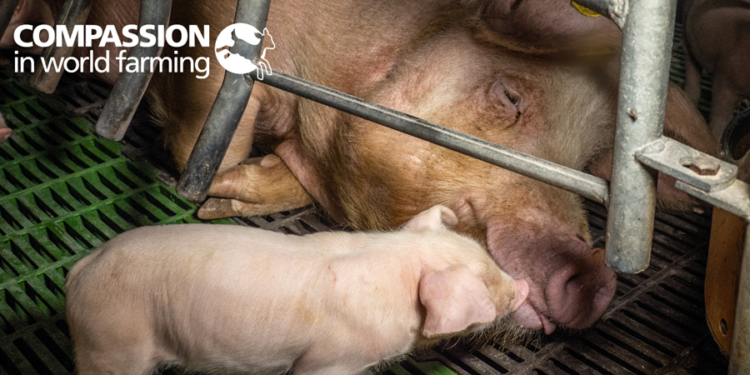 Powerful new footage obtained as part of a major European investigation into 16 farms across Poland, France, Italy, and Spain – including those supplying ‘premium’ hams such as Parma and Bayonne – reveals that female pigs across Europe are forced to:

·       endure lying in their own excrement and urine, something they would naturally avoid

·       resort to abnormal behaviors like bar biting and chewing the air because they are so frustrated.

And these shocking conditions are typical of those currently endured by an estimated 85% of sows in the EU.

“Companies keep selling goods publicly recognized as ‘quality” products, yet consumers are unaware that animals are abused in the process. Our latest investigation reveals the terrible conditions in which female pigs are forced to live behind the closed doors of factory farms across the EU,” said Olga Kikou, Head of Compassion in World Farming EU.

“These dreadful realities should belong to the past! Citizens have spoken loud and clear that they want to see all animals freed from cages. It’s time for the EU to keep its promise to End the Cage Age without delay. That’s why we’re urging the European Commission to propose the ban on caged farming by mid-next year” she added.

Last year, the European Commission committed to introducing legislation to end the caging of EU farm animals as part of its revision of all EU animal welfare legislation. This commitment was made in response to the European Citizens’ Initiative ‘End the Cage Age’, led by Compassion in World Farming, which gathered 1.4 million signatures from citizens across the EU and was the first successful initiative for farmed animals.