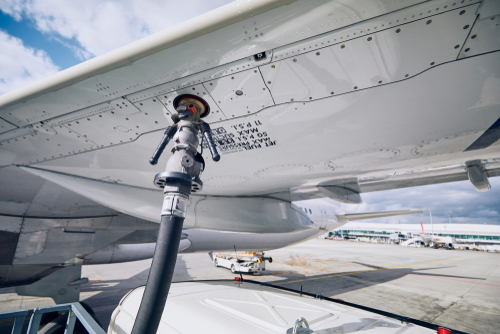 Brussels (Brussels Morning) The European Commission is reportedly planning to introduce an EU-wide minimum tax rate on aviation fuel, as part of its sweeping reform of the bloc’s energy taxation in order to achieve its ambitious target to cut greenhouse emissions.

The draft legislation, seen by Reuters, seeks to end the era of tax-free aviation fuel. It will introduce a minimum level of tax on all energy products used as aviation fuel to be implemented by all EU member states. It would be up to individual countries to decide whether or not to raise the tax to a higher level, if desired.

As envisioned in the draft, a slow rollout of the tax would be formally introduced in 2023, with the rate remaining zero in the initial year. Over the next decade, the rate would increase incrementally before reaching the maximum intended level. The current draft does not include a concrete figure for the final tax rate.

In an intended boost to greener alternatives to carbon-emitting aviation fuels, advanced biofuels and renewable hydrogen derivatives, such as e-kerosene, would remain exempt from the tax during the 10-year period.

Use of alternative fuels have so far been stifled by prohibitive costs for the traditionally low-margin aviation industry. The Commission hopes the gradual taxation approach will ease the airlines into switching to sustainable fuels in the drive to cut emissions.

The global aviation industry is currently responsible for some 2.5% of the world’s CO2 emissions, but that share is even greater in the developed nations. Within the EU, air transport accounted for approximately 3.7% of the bloc’s emissions.

The tax, which can only be levied within the EU, would also make exemptions for several types of flight. The Commission’s current draft would not tax cargo-only flights, so-called pleasure flights or business aviation. This would mean that fuel prices would remain the same for air logistics, recreational flights and the use of company jets and other aircraft for business purposes.