New crash in Kesselsstraat in Schaerbeek 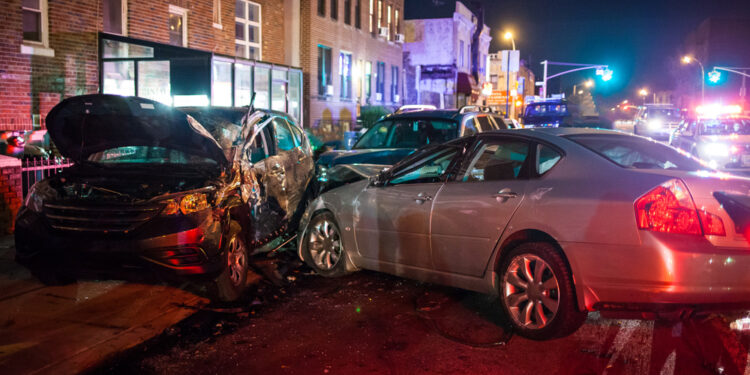 Brussels, (Brussels Morning)- On Thursday evening, a car driver ran head-on into a house in the Kesselsstraat in Schaerbeek. He was slightly injured. A mother with her child in her arms managed to narrowly avoid the car. Residents and action committee 1030/0 are urging bold action in the street racer-plagued street close to Josaphat Park, said BRUZZ.

The Brussels branch of Heroes for Zero shared an image of the crash via social media on Friday. “It was close to the street racer having killed a young mother and her child,” wrote the citizens’ movement that works for better road safety.

The Kesselsstraat has been marked with a dot in the roadmap of Brussels street racers for some time. The dead straight street without too many real speed brakes is ideal for speeding.

And that is not without consequences. In June 2020, a two-year-old girl was hit in the tail of the first lockdown. Even then, local residents sounded the alarm and organised various actions to denounce traffic violence in the street. Due to corona, traffic decreased in the street, but the number of traffic violations did increase, it sounded.

On Thursday, the street was again startled by a motorist who flew through the street at high speed. He drove into a house. “My mother and son heard the bang of the crash. It was a very hard blow,” says a woman who lives nearby.

Just then, a young mother walks home with her child in her arms. They live on the ground floor of the apartment building that hit the driver. The woman could not be reached for comment.

The driver of the car lost control of the steering wheel, according to the Brussels North police zone. “He was driving under the influence of alcohol,” said spokeswoman Audrey Dereymaeker. “The investigation into the circumstances of the accident continues. The driver was in possession of his driver’s licence at the time of the accident.”

Lise and Joris live in the affected house on Kesselsstraat. “We have lived here for six years,” the couple says. “The neighbourhood has improved: there are more young families and, for example, the catering offer is evolving positively. But in terms of traffic, it is getting busier and more chaotic.”

At the same time, street racing also seems to be increasing in the street. “We are located between Hoog-Schaarbeek and Noordwijk and you notice the difference in terms of tranquillity. This is a wide connecting street, where there is always plenty of space to pass.”

However, after the ongoing protest in the summer of 2020, the municipal council sat together with the 1030/0 action committee, but that did not yield much.

“Actually, nothing concrete has emerged,” says Pieter Fannes of the action committee. “And that while the problem of street racers has dragged on here for years.”

The STIB would be on the brakes, it sounds. “Buses run in two directions, so narrowing is difficult to achieve,” Fannes said. Speed ​​cameras are occasionally placed for a day or two. “But that would be on Sunday morning, for example,” the residents sigh. “Two refugees have been placed, but one of those two is negligible in terms of impact.”

Fannes is initially looking at speed bumps to tackle the problem and above all hopes that the Schaarbeek circulation plan will not ignore Kesselsstraat if it is adopted in the future.

“That much-used shortcut from Lambermontlaan to deep into Sint-Joost needs to be tackled. Make a few one-way streets and you’ll come a long way.”

Despite the tricky traffic situation, Lise and Joris are not planning to move. “But my sister did,” says Joris. “She also lived on this street, but found the traffic too aggressive and unfriendly to cyclists.”