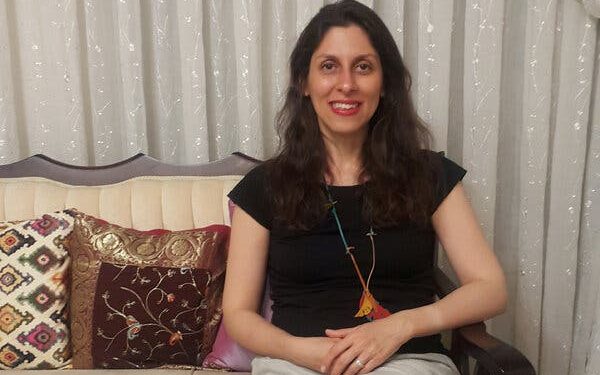 A dual national, who has been detained in Iran since April 2016, faces fresh charges of spreading propaganda against the regime after hopes of a release, it emerged yesterday.

Human rights groups have called the accusations groundless while husband Richard Ratcliffe has said she is being held “hostage.”

Zaghari-Ratcliffe had been granted temporary release in March owing to the coronavirus pandemic, leading to hopes of her permanent discharge.

She was the only furloughed prisoner to not be granted clemency, however, and was forced to wear an ankle bracelet, akin to a house arrest.

Human Rights group REDRESS who has been monitoring the British Iranian’s detention said the trial relies on previous “groundless accusations” and held doubts the trial would be conducted fairly, her lawyer given less than a week to prepare a defence.

“It has become increasingly clear the past months that Nazanin is a hostage, held as leverage against a UK debt,” read a statement released by the Free Nazanin Campaign.

Zaghari-Ratcliffe’s family believe her ongoing detention is a political game based on an outstanding debt the UK owes Iran for undelivered tanks the Islamic Republic paid for in the 1970s. Recently, the British government admitted it did owe the money and that it ran parallel to the detention of Iranian dual nationals but Iranian officials deny the two are linked.

Zaghari-Ratcliffe, who worked for Thomson Reuters Foundation, was taking her daughter Gabriella to Iran on holiday when she was accused of plotting the “soft toppling” of Iran’s government.

Other EU Iranian dual nationals have been detained in recent years, including Ahmadreza Djalali, a Swedish Iranian researcher in disaster medicine, and Austrian-Iranian Kamran Ghaderi.

The new charges also come amid increasing European and Iranian tensions as the future of the Iranian nuclear deal hangs in the balance.

“The most important thing the UK government can do right now for Nazanin is to insist on consular access – insist on attending Sunday’s trial, insist on being able to visit Nazanin,” said husband Richard Ratcliffe.

“Hostage taking is built on seclusion alongside marketed suffering. They should insist the Revolutionary Court is not used to do this again.”

The UK Foreign Office condemned the news, saying, “We have been consistently clear that she must not be returned to prison.”

Concerns have also been raised over Zaghari-Ratcliffe’s health and need for medical treatment denied to her.

“There is only so much abuse one person can take,” said Ratcliffe. “Nazanin was asking today has she not had her share? At some point the Revolutionary Guard will also ask. The government needs to think about who will be taken next, how soft diplomacy stops the spread of state hostage taking?”