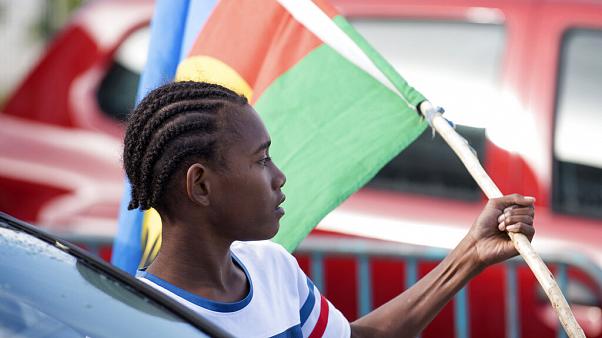 Nouméa, October 4 New Caledonia voted against independence from France in a referendum on Sunday, France24 reports. With some 70% of the ballots counted, 53.26% of the electorate, according to authorities in the South Pacific archipelago, have voted against a proposal to gain full sovereignty and become independent from France.

The percentage rejecting the proposal was smaller than in the 2018 referendum when 56.7% of citizens voted no. The outcome, according to France24 international affairs editor Philip Turle, opens the possibility of a third independence referendum.

An hour before the polls close, New Caledonian authorities indicated that turnout was approximately 80%, some six percentage points higher than the first independence referendum in 2018.

France took possession of New Caledonia in 1853. Today, it helps support the territory with about Euros 1.5 billion annually, about 15% of New Caledonia’s GDP. The overseas territory’s economy is dependent on nickel production, of which it is a major global producer, along with tourism and subventions from France.

The Kanak and Socialist National Liberation Front (FLNKS) has accused the French government of taking sides in the independence debate, pointing out that special authorisation allowed the French national flag to be used in the campaign despite the the French government being obligated to remain neutral on the issue. French Prime Minister Jean Castex has announced talks with all the main actors.

The Sunday referendum was part of the Nouméa Accord of 1998, in which France committed to granting increased independence to the territory in an attempt to end conflict between descendants of European settlers and indigenous Kanaks, DW writes.

President Emmanuel Macron welcomed the referendum result confirming that a majority of voters want New Caledonia to remain a part of France. He was grateful for the show of confidence in France and called on New Caledonians to look to the future.

A third referendum could take place in 2022 provided a minimum of one-third of the territory’s legislature supports the move.