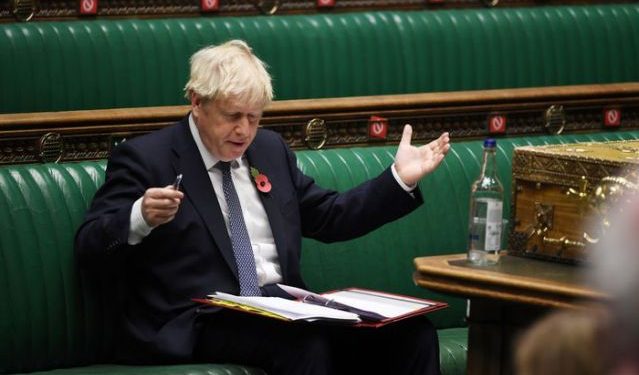 London (Brussels Morning) The conservative government will likely see their ‘Brexit‘ bill defeated in parliament as the House of Lords prepare to vote Monday evening to remove controversial clauses.

The draft internal market bill was published by UK prime minister Boris Johnson’s government in September to ensure seamless trade between the four devolved nations after Britain’s transition period for access to the EU ends at the end of the year.

Several clauses have caused controversy by allowing ministers to override provisions in the UK’s withdrawal agreement with the EU, including one designed to protect the special situation between Northern Ireland and Ireland. Ministers have admitted it would break international law in a “specific and limited” way.

Peers in the upper chamber are keen to remove the bill’s clauses and ensure ministers seek parliamentary approval before they move to disapply rules stipulated in the withdrawal treaty.

The vote is due to take place at 7.00 pm, but there are expectations the vote will go against the government.

The bill has triggered several resignations, and all five former living prime ministers have derided its potential to place the Northern Ireland peace agreement at risk.

It has also earned disapproval from US president-elect Joe Biden. The Irish American has said a trade deal would be off the table if Britain does anything to risk the Good Friday Agreement.

The government says the bill is merely a safety net should agreement on the free flow of goods across the Northern Ireland-Ireland border not be reached with the EU, which some see as a negotiating strategy on the government’s part to win concessions.

Johnson’s administration has suggested, however, it would reinsert the clauses next month and force them into law.

“Our position remains that the clauses are a vital safety net”, said a spokesperson for the prime minister.

Talks between the EU and the UK are still underway, and a resolution is still possible, which would render the clauses unnecessary.