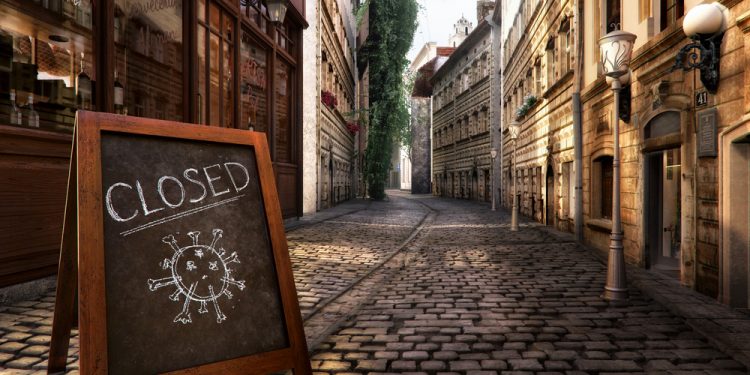 Speaking from his office in The Hague, Rutte stressed how vital it is to impose strict measures to control the spread of coronavirus, observing that “we have to bite through this very sour apple before things get better.”

Outside the Prime Minister’s office, demonstrators protested against the lockdown, leading Rutte to comment that they seemed to think coronavirus is “an innocent flu” when, in effect, he was warning about potential severe symptoms of COVID-19.

The Cabinet, he said, is fully aware of the severity of the new restrictions, especially with Christmas approaching, but he and his colleagues were convinced vaccinations in 2021 would bring change.

Starting on Wednesday, day care centres are to close except for the children of essential workers. Schools and universities would have to switch to remote learning. The government limits the number of house visitors-cum-guests above age 13 to two per day, with the restricted number raised to three in the period between 24 and 26 December.

All non-essential stores were ordered to close on Tuesday, including hair salons, theatres and museums. Bars and restaurants were shut in mid-October, but many businesses have been trying stay afloat by providing takeout services.

While less severe restrictions initially slowed infection rates, there has been a noticeable surge in recent days. The average number of daily infections in the Netherlands has increased from 29.22 per 100,000 people at end November to 47.47 on Sunday, 13 December.

Hugo de Jonge, the Dutch Minister of Health, Welfare and Sport, warned before Monday’s Cabinet meeting that the epidemiological situation it is very serious. “We see the infection numbers rising sharply in recent days, we see that hospital admissions are increasing again, the pressure on the health care sector remains high,” he observed. Neighbouring Germany announced similar restrictions one day before the Netherlands, while Matt Hancock, the UK’s Secretary of State for Health and Social Care, announced earlier on Monday that the wider London area would come under the highest level of restrictions starting tomorrow, Wednesday.