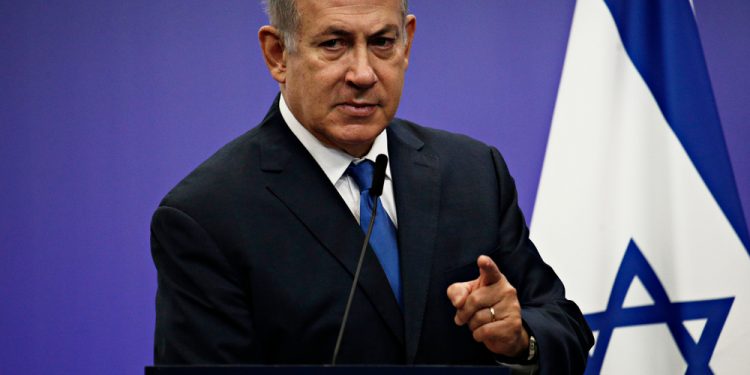 Brussels (Brussels Morning) Israel’s Prime Minister, Benjamin Netanyahu, has placed his world-leading vaccination campaign front and centre of his re-election campaign, as the country prepares for its fourth parliamentary elections in less than two years, AP reported on Thursday.

Faced with a corruption case in which he is accused of granting favours to powerful media figures in exchange for positive coverage, Netanyahu seems to be doing everything in his power to divert media attention from the scandal, and switch the focus onto Israel’s vaccination campaign success story.

Running out of shots

By 4 January, Israel had vaccinated some 12% of its citizens with the initial dose of the vaccine. Since the launch of the vaccination programme on 20 December, the campaign has been outpacing its set goal of 150,000 shots per day, an achievement that has drawn widespread international praise.

Health Minister Yuli Edelstein told Israeli media that he was in contact with Pfizer, seeking to advance February’s vaccine order and move it to January, since at the current pace the country is set to use up half of its vaccine reserves by 10 January.

If the vaccine order cannot be accelerated, Israel plans to pause new vaccinations, in order to reserve the doses required for the second shot which it is recommended should be administered 21 days after the first. Therefore, while vaccinations would continue, they would be reserved specifically for those who have already received the first dose.

While the expanded indictment against Netanyahu paint a grim picture of his illegal practices – court documents list 150 separate incidents in which he attempted to exert direct control over the media – the outgoing prime minister is saturating the media landscape with messages linking him to the successes of the vaccination programme.

“I have brought the vaccines and you are giving the vaccines,” he told medics at a clinic in northern Israel. “The whole world is amazed at Israel. They are writing that Israel is a wonder.” The government’s aims to complete the vaccination of almost all Israeli citizens by the end of March – just in time for the 23 March elections.

Israel has faced political instability over the past two years. There have been three parliamentary elections since September 2019, since no party has been able to secure a majority, which entails winning 61 seats in the Knesset. A coalition agreement between the two largest parties in 2020 resulted in plans to rotate the prime minister’s office between the two.However, the Knesset was dissolved before Netanyahu’s rival Benny Gantz had his turn as the head of the government, priming the country for yet another election.