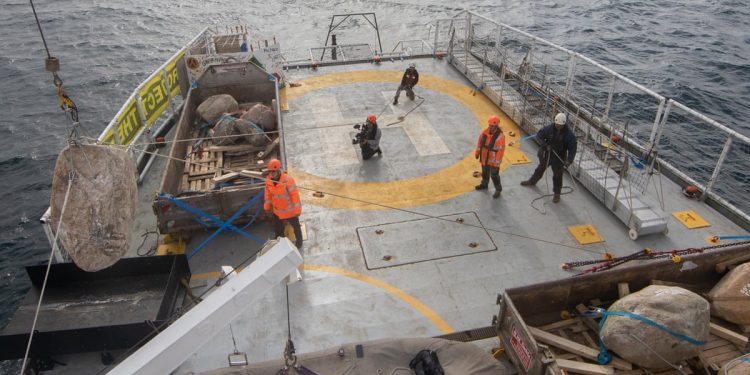 Ninety-seven percent of the UK’s protected oceans are subject to practices that can harm the seabed and vital ecosystems, according to the Guardian newspaper.

MPAs cover around a quarter of the UK’s territorial waters and is part of the government’s biodiversity protection ambitions.

The data seen by the Guardian, indicates that 71 out of 73 of MPAs, based offshore around the UK, experienced harmful practices such as bottom trawling and dredging. The fishing methods involve dragging heavy-weighted nets across the seafloor to catch large quantities of fish and dragging a heavy frame with an attached mesh bag along the seabed to catch sea animals living within it, such as scallops, clams and oysters.

These practices are not illegal in most offshore MPAs but with 200,000 hours in trawling activity by vessels from the UK, EU countries and Russia in 2019, it raises the question of whether the government is misleading the public over the protection it is purportedly applying.

Bottom trawling can be damaging in that it damages the sea floor and leads to overfishing, while dredging can upset the ecosystem. For instance, the sediment can shroud seagrasses, which are vital sources of food for some sea life.

The government says the EU’s common fisheries policy prevents it from policing the MPAs.

Oceana says it is an “ecological emergency” and has called on the government to implement stricter measures after Brexit.

“If the government really wants to take back control of our waters, as they repeatedly claim, they should make a policy announcement today that they’ll halt bottom-towed fishing gear by foreign and UK vessels in all marine protected areas”, said Oceana UK’s policy head, Melissa Moore, “we’re in an ecological emergency and need action now”.

A spokesperson for the Department for Environment, Food and Rural Affairs responded to the analysis saying:

“We are putting sustainable fishing and the protection of our seas at the heart of our future fishing strategy. We have already set up a blue belt of protected waters nearly twice the size of England and the fisheries bill proposes new powers to better manage and control our marine protected areas”.