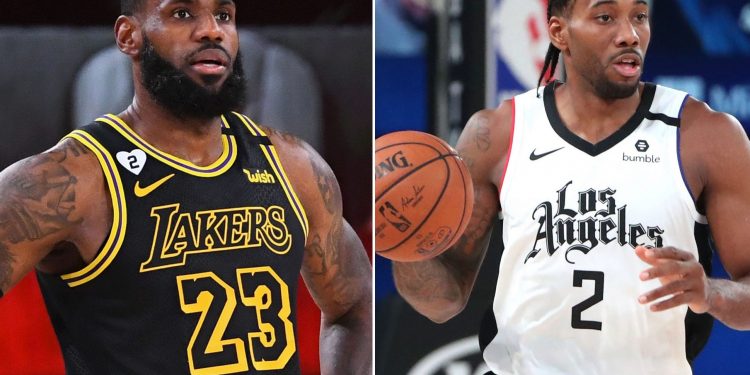 The NBA season is in the balance with the league’s board of governors and players due to meet on Thursday morning to discuss whether to continue with the playoffs.

The Milwaukee Bucks, arguably the best team in the NBA, boycotted their playoff game against the Orlando Magic on Wednesday in protest at the police shooting of Jacob Blake. Blake, who is black, was shot seven times in the back by a white police officer on Sunday, apparently in front of his children. His family say Blake is now paralyzed from the waist down. The shooting occurred in Kenosha, Wisconsin, 40 miles from Milwaukee. The town has since seen demonstrations, which turned deadly when two protesters were shot dead. A 17-year-old has been charged with murder over the killings.

The NBA subsequently postponed all three games due to take place on Wednesday, and other leagues such as the WNBA, MLB and MLS also cancelled some, or all, of their games on Wednesday. Play at the Western & Southern Open tennis tournament was also cancelled for the day. In the NFL, the New York Jets, Indianapolis Colts and Washington were among the teams to cancel their practice sessions on Thursday.

The NBA playoffs are taking place in a socially isolated “bubble” at Disney World Florida due to the Covid-19 pandemic. There has been growing anger among NBA players, 80% of whom are black, at the social injustice seen daily on the streets of America. Several players have said the season should not have restarted in the first place.

ESPN reported that during a meeting on Wednesday night the NBA polled teams about the best path forward and the LA Clippers and LA Lakers both voted to end the season. Sources told ESPN the meeting had ended with “no sense of accomplishment” and the fate of the season was still undecided ahead of Thursday’s meeting.

The Lakers are led by LeBron James, one of the most famous athletes in America, a long-term advocate for racial justice and a man often seen as the voice of the NBA. While James is often a calm voice for racial justice, his sense of frustration in the last few days has been palpable. On Wednesday he used an expletive in a tweet that ended with the words: “WE DEMAND CHANGE. SICK OF IT.”

Earlier this week, Bucks player George Hill questioned whether the season should be taking place at all.

“We shouldn’t have even came to this damn place [Orlando, where the playoffs are taking place], to be honest,” he said. “I think coming here just took all the focal points off what the issues are. But we’re here, so it is what it is. We can’t do anything from right here, but I think definitely, when it’s all settled, some things have to be done.

In addition Kenny Smith, one of the co-hosts of the popular NBA on TNT show, walked off set on Wednesday night in solidarity with the Bucks.

“Right now my head is ready to explode like in the thought of what’s going on,” Smith, who played 10 years in the NBA, said. “I don’t know if I’m appropriate enough to say it what the players are feeling and how they’re feeling. I haven’t talked to any player.

“Even driving here and getting into the studio … hearing calls and people talking. … And for me, I think the biggest thing now, as a black man as a former player, I think it’s best for me to support the players and just not to be here tonight … And I figure out what happens after that.”

Wednesday’s moves took place in a summer that has seen protests across the US at racial injustice in the United States. Black athletes have played a prominent role in the movement with many taking place in Black Lives Matter protests. NBA players such as James and the Boston Celtics’ Jaylen Brown have spoken at length about the pressures and inequality black people face in America, while Nascar driver Bubba Wallace led a boycott against the Confederate flag, long seen as a symbol of the slavery-era South, at racetracks.