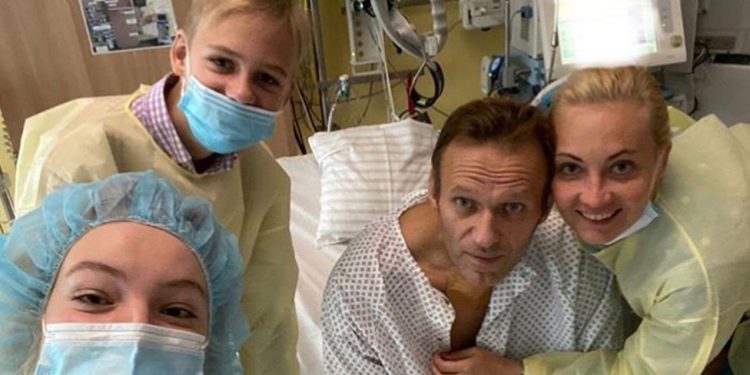 The German Government has announced that laboratories in France and Sweden have confirmed Russian opposition politician Alexei Navalny was poisoned with a Novichok nerve agent, DW reported Tuesday.

German officials previously stated that toxicology tests conducted in Germany showed that Navalny had been poisoned with the Soviet-era nerve agent. Government spokesman Steffen Seibert asserted on Monday that Russia should throw some ight on the incident, meanwhile noting that Germany is discussing what steps to take with other EU member states. He said samples had been sent to the Organisation for the Prohibition of Chemical Weapons (OPCW) while tests in three different laboratories had independently established that Navalny had been poisoned with a Novichok nerve agent. The poisoning represents a serious violation of the Chemical Weapons Convention (CVC), he added.

A bulletin issued by the Charité University Hospital in Berlin on Monday noted that Navalny is recovering and no longer needs a mechanical ventilator.

Germany’s Chancellor Angela Merkel described Navalny as the victim of a crime aimed at silencing him. Russia, however, has dismissed all accusations of foul play, stressing that it has not seen any evidence of poisoning and calling on Germany to share the evidence.

French President Emmanuel Macron called on Russian President Vladimir Putin to investigate the incident as soon as possible, describing it as attempted murder and a criminal act. Putin rejected the description as inappropriate and reiterated that Germany should send toxicological samples to Russia, calling for cooperation with Russian doctors.

German Foreign Ministry spokeswoman Maria Adebahr suggested Russia should have samples already since Navalny spent some two days in a Russian hospital before being transferred to the hospital in Berlin.

On Tuesday, Moscow said it favours getting to the bottom of the Navalny incident. Reuters reports Kremlin spokesman Dmitry Peskov as saying that everyone would be happy if Navalny recovered, and that he is free to return. According to Peskov, Moscow cannot understand why Russia was not granted access to toxicological samples when laboratories in France and Sweden were given access.

A DW report carried a reminder that Germany could halt the planned Nord Stream 2 gas pipeline project as part of EU sanctions against Russia over the incident.