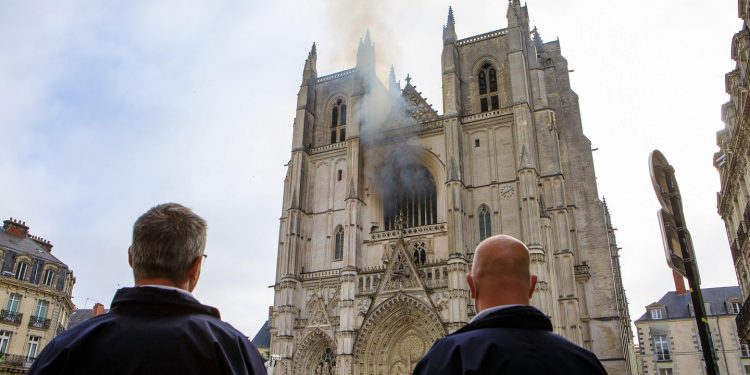 A volunteer who had been questioned after the fire at Nantes Cathedral in France on 18 July is under investigation and in custody, the Public Prosecutor of Nantes announced on Sunday.

The man is under investigation for “destruction and damage by fire and has been placed in preventive detention by the liberty and custody judge,” Sennès said.

The suspect, a 39-year-old Rwandan, had been held for questioning in the aftermath of the fire, and released on the following day without charges, under the arson investigation opened by the Public Prosecutor’s office.

The volunteer, who works during mass as an altar server, went to France as a refugee a few years ago, the rector of Nantes Cathedral, Rev. Hubert Champenois, told the French news agency AFP at the time.

“The developments of the investigation (…) led to the arrest of this same person on this day, the 25th of July 2020, at 6.15 and he was remanded in custody,” the Public Prosecutor said on Saturday.

He added that, based on initial results from the Central Laboratory of the Paris police, the fire was being treated as a crime.