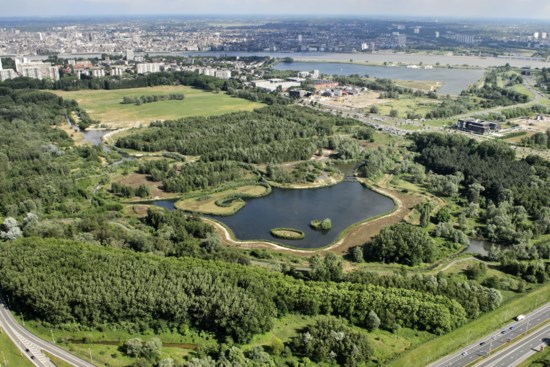 Brussels (Brussels Morning) The ‘Middenvijver’ in the park of Neerpede is being transformed into a natural swimming pond the size of four Olympic swimming pools, in which Brussels residents can swim in summer from 2024. This was announced by competent minister Alain Maron (Ecolo) and the municipal council of Anderlecht at the beginning of December on the basis of a feasibility study ordered by Brussels Environment.

But not everyone is happy with those plans, says Anderlecht municipal councilor Françoise Carlier (MR). “I hear from many local residents that they are not happy with the plans. A petition has already been circulated and has gathered more than 600 signatures. I also see a lot of criticism on social media.”

Carlier herself also has her doubts about the project. “First of all, I fear for mobility. Up to 225 swimmers can come at the same time, but they will also come with their family and friends. However, there is only one tram line that leads here. So many people will take the car. In addition, there are sometimes football matches where people even come as far as the pond to find a parking space,” Carlier was reported saying, according to BRUZZ.

In addition, Carlier is afraid that not everyone will treat the existing biodiversity with the same respect. “The majority may be respectful: out of 225 visitors there will always be someone who, so to speak, wants to see the ducks’ nests.”

Finally, Carlier also points out the possible noise nuisance. “Perhaps some people will also come up with amplifiers. That could also cause nuisance,” says Carlier. “Moreover, it is not that there are no swimming facilities in Anderlecht. But loving nature doesn’t mean you have to keep making it your own.”

According to La Dernière Heure, a concerned neighborhood resident presented her questions during the city council on Thursday. Sustainable Development Alderman Allan Neuzy (Ecolo) explained that the pond in question suffers from botulism and that the disease has damaged the local fauna. “The project will lead to the water of the Middenvijver becoming the clearest water in Brussels,” it said.

“The hill where we wanted to create a kind of small adventure park turned out to be rich in biodiversity, so we’re looking for ways to preserve this space,” said Ohse. “We are also going to apply phyto purification (purification by plants and sand, ed.) to treat the bathing water. That is why we want to limit the number of people in the pond to 225. The concrete banks will also be covered with vegetation.”

According to Ohse, the submission of the urban development and environmental permits is scheduled for June 2022. “But before that happens, we still have to carry out a study regarding mobility and living environment.”