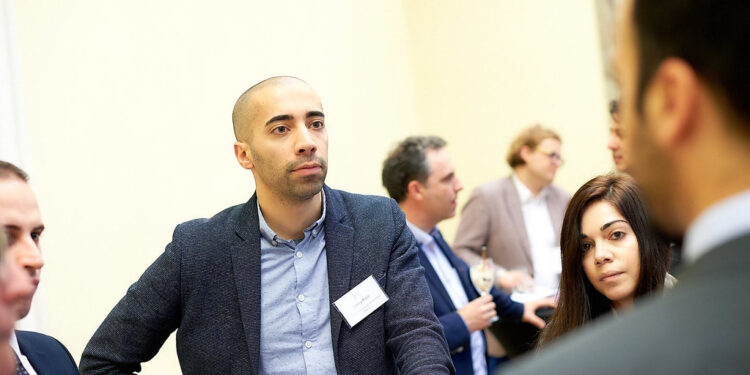 BRUSSELS (Brussels Morning) – State Secretary for Asylum and Migration Sammy Mahdi (CD&V) calls on the mayor of Molenbeek Catherine Moureaux (PS) to ban the tent camp that has arisen on her territory.

“The regularisation policy is correct and humane,” said State Secretary for Asylum and Migration Sammy Mahdi in response to the new tent camp that was created yesterday at the Ninoofsepoort in Molenbeek.

“Last year, activists organised an action in the Beguinage Church in Brussels. Today, a new action to demand a different regularisation policy seems to be organised in a park in Molenbeek,” he said in a press release. Mahdi therefore calls on Mayor Catherine Moureaux (PS) not to allow this tent camp. “Of course everyone has the right to take political action, but this does not have to be by putting people in a tent camp.”

“Anyone who resides here illegally and who is not fleeing war or persecution is eligible to be individually monitored within the ICAM procedure,” said the Mahdi cabinet. “There, the return counselor discusses which sustainable future prospects the undocumented person has. Anyone staying here illegally will be guided towards return.” Mahdi has offered the mayor to individually guide each undocumented migrant through the recently established return offices.

Sammy Mahdi: “The migration rules are clear and it is especially important that they are followed. The procedure for regularisation is also clear. In the meantime, we are continuing to work on faster procedures and controlled migration. The one-stop shop ensures rapid processing of labour migration applications. Foreign students who study here can now look for a job here for a year. The policy is not against migration, but the rules must be followed.”

“The comparison activists are making between Ukrainians and illegal residents from safe countries is particularly sad. That there is a difference between a Ukrainian fleeing the bombs and people from a safe country who are illegal here and who demand papers, seems to me quite unfair.” Mahdi still says.

In the case of the hunger strikers, there is now a decision in 397 of the 446 applications for regularisation. 218 of those decisions, involving 251 people, have already been sent. This only happens after a positive home inspection. The vast majority – 191 – received a negative decision. According to the Mahdi cabinet, more than 90 percent of the hunger strikers came from Morocco, Tunisia or Algeria, countries with a low degree of protection.

According to the activists at the Ninoofsepoort, the latter makes no difference. “The treatment should be the same for everyone, whether you have blonde or brown hair, come from Ukraine or Africa,” Saïd, one of the activists, said.

Until recently, Saïd occupied a vacant KBC building on Havenlaan with 160 other undocumented migrants. There the people had to leave, after which they decided to set up a tent camp.

The sans-papiers group of the vacant KBC building joined forces with l’Union pour la Regularisation, the collective behind last summer’s hunger strike, and La Voix des Sans-papiers, a collective that has been touring Brussels for more than ten years. to squat empty buildings.

“In the first place, our intention is to show that we people without papers are there,” says Saïd. “It is a symbolic action and we have permission from the municipality to stay here until Sunday. Then we’ll see.”

Mayor Catherine Moureaux (PS) does not intend to respond to Mahdi’s request to evacuate the tent camp. Moureaux confirms that the tent camp is temporarily tolerated.

“Since there was a Secretary of State for Asylum and Migration, I have noticed that the political representatives who hold this position cannot stop comparing the misfortune of one with the misfortune of another. That is very harmful to social cohesion,” says Moureaux.

“I understand that his job must be difficult today. My job is to ensure safety and peace on the territory of Molenbeek-Saint-Jean. That’s my job, I do it and I don’t need anyone else to say what I must do. This camp will be tolerated for the coming days.”