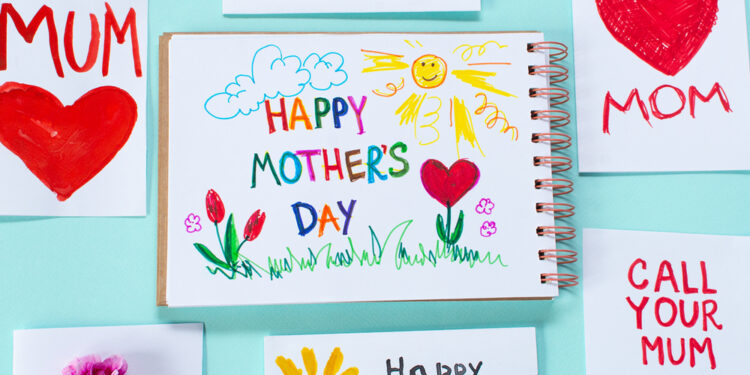 Brussels, (Brussels Morning)- Not every Brussels class is still making crafts for Mother’s Day this weekend. In Sint-Gillis, GO! primary school Balder has opted for a new public holiday on 1 June: Parents’ Day. Other schools are also considering such a day.

A key ring, a photo frame decorated with dry pasta or creativity with toilet rolls. Many Brussels moms will receive a gift from their child this weekend thanks to the crafts help of the teacher. Although the Mother’s Day tradition is no longer evident in all schools. This week, De Morgen newspaper reported a story about a Ghent school that now celebrates ‘Parent’s Day’, in between Mother’s and Father’s Day. A call round at schools in Brussels shows that most school boards are not yet planning to do so. The GO! primary school Balder in Sint-Gillis will do it for the first time.

“We strive to follow social trends. Families today are different from a few years ago,” says director Belgin Cekic. “June 1 is International Parents’ Day. We will honour all parents or guardians of our children that day.”

A barista food truck comes to the playground that Wednesday afternoon and the school rolls out a red carpet for all moms, dads, plus moms, plus dads, single parents and any other guardians.

“It will be a mini school party. We want to thank the parents for entrusting their child to us,” says Cekic, “but also make people aware that we are all older and that it is not just the classic family pattern that counts.”

Five years ago, a French-speaking school in Woluwe-Saint-Lambert was still strongly criticised for the abolition of Mother’s Day. Her management declined to comment today. Director Cekic of Balder primary school has now let her team make the choice themselves. “There are still kindergarten teachers and teachers crafting gifts for Mother’s Day, but not everyone anymore,” she says. “Both Mother’s Day and Father’s Day remain a beautiful value and I recognize that. You certainly can’t abolish it in one-two-three. I do want to give a clear signal and introduce parents’ day systematically, in a friendly and constructive manner.”

According to the GO! School group Brussels, there are other primary schools that are considering such a parent’s day, but the combination with a separate mother’s and father’s day usually remains.

In the municipal schools and Catholic education, there has been a lot of tinkering this week. “The schools do adapt to the family situation,” says spokesperson Jens Popelier of Brussels education alderman Ans Persoons (Vooruit). “If there are two moms or two dads, they each get a present. Sometimes there is no more mom or dad, but then the child makes a present for someone else, such as the grandmother or an uncle.”

“Our schools look at this in a very practical way,” says director Bruno De Lille of School Group Sint-Goedele. “With divorced families, two presents are often made. It’s been a long time since mommies and daddies were really discussed rigorously. If I speak for myself: my son has not been in primary school for seven years, but he already made two presents on Father’s Day and one for his godmother on Mother’s Day, so that he could still participate.” De Lille sees such special holidays as an opportunity to discuss different types of family.

And the nature of the presents is also modernising: some schools nowadays opt for cupcakes, a sleepover or invite the parents for breakfast at school. “But since the resources of schools have not increased that much, it may still be a lot of drawings and crafts,” laughs De Lille. “It’s the attention that counts.”