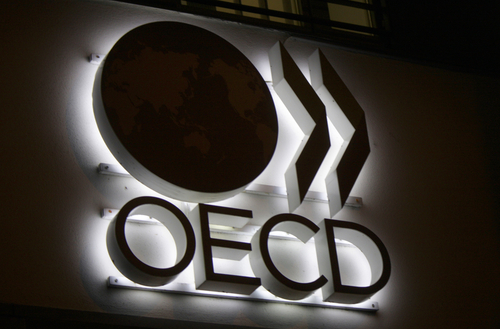 The OECD pointed out that the move could increase global tax revenues by approximately 150 billion US dollars annually, Reuters reported.

The proposal would allow countries in which multinationals generate revenues to tax more than 100 billion dollars of profits annually.

A statement by US President Joe Biden noted that “with a global minimum tax in place, multinational corporations will no longer be able to pit countries against one another in a bid to push tax rates down”.

He observed that multinational corporations use low-tax jurisdictions to hide profits generated elsewhere, a practice that would come to an end with the introduction of a global minimum corporate tax.

According to the proposal, the global tax would apply to companies with revenues above 750 million euro, the one exception being the shipping industry.

China reportedly on board

A source close to the talks noted that China supports the move. A US official made clear that the proposed deal does not include any exceptions for China.

Countries supporting the initiative noted that details of the deal will have to be ironed out by October and that the new rules would come into effect by 2023.

The nine countries that did not support the proposal include low-tax EU member states Estonia, Hungary and Ireland as well as Barbados, Kenya, Nigeria, Peru, Saint Vincent and Sri Lanka.

The EU will need unanimous support to pass a law to support the deal. This is likely to be on the agenda when France’s presides over the bloc in the first half of next year.