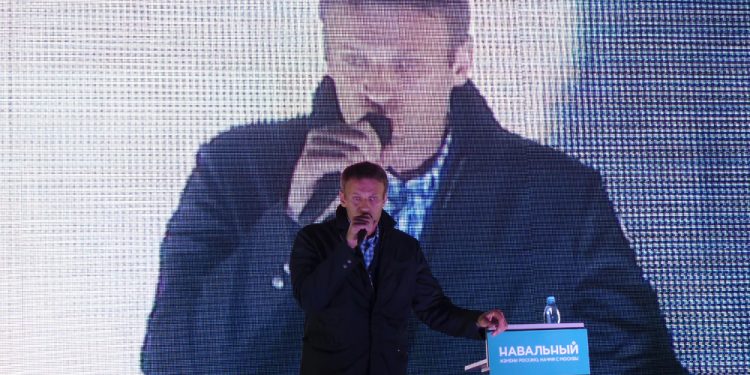 Brussels (Brussels Morning) Kremlin authorities are calling on courts to reactivate a jail sentence for opposition figure Alexei Navalny, for allegedly breaking the terms of a suspended sentence he was handed in 2014, Reuters reported on Tuesday.

Navalny, an influential Kremlin critic, was transferred to Germany from Omsk hospital on 22 August last year, two days after he fell ill on a flight in Russia. Several independent laboratories in Germany, France and Sweden confirmed he was poisoned with a Novichok nerve agent.

While Navalny remained in Germany, the EU expanded sanctions against Russia for its role in poisoning the outspoken critic of Russian President Vladimir Putin, and penalized several Russian officials and bodies in the process.

During his time in Germany, Navalny continued to criticise Putin, and recently issued a video of a phone conversation with an alleged FSB operative, who admitted that Navalny was poisoned by placing Novichok in his underwear during the summer.

Moscow meanwhile rejects any responsibility for Navalny’s poisoning, claiming his problems were caused by pancreatitis, in addition to calling him a “sick man” who “suffers from delusions of persecution”.

According to court documents seen by Reuters, authorities have recently requested that the suspended sentence against Navalny be cancelled, making him liable to serve jail time. The Russian Federal Prison Service (FSIN) ordered Navalny to return to Moscow last month and report to its office, indicating that a failure to do so would be considered a breach of the terms of his sentence.

“Putin is so furious I survived his poisoning that he ordered the FSIN to go to court and demand that my suspended prison sentence be changed to a real one,” Navalny declared on Twitter.

Navalny previously announced his plans to return to Russia ahead of parliamentary elections in September. The Kremlin had said he is free to return to his country whenever he wishes, just like any other Russian citizen.