Moscow accuses UK, US of inciting conflict in Black Sea 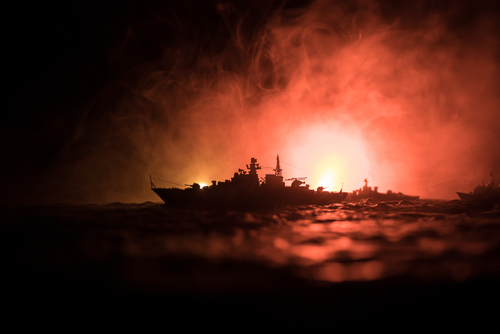 Brussels (Brussels Morning) Russia accused Britain and the US of attempting to stoke conflict in the Black Sea after a Russian border patrol vessel chased off a Royal Navy destroyer from what the Kremlin says were Russian territorial waters.

Russian state agencies reported on Wednesday that its warships had fired warning shots at the British destroyer HMS Defender, and that a jet bomber dropped a couple of cluster bombs in its path after the Royal Navy vessel refused to acknowledge warnings that it would be fired upon if it failed to leave Russian territorial waters.

The UK offered a drastically different perspective of the event, claiming that its warship never left Ukrainian territorial waters, and that the shots fired by Russian ships were part of a gunnery exercise, which the Russian forces had announced by alerting passing vessels.

In a further clarification, Prime Minister Boris Johnson said that the ship was acting in accordance with the law and was passing through international waters, en route from the Ukrainian port of Odessa to the Georgian port of Batumi.

HMS Defender thus passed off the coast of the Crimean peninsula, which Russia had annexed in 2014. Most Western powers continue to recognise the Russian enclave as part of Ukrainian territory, which, in their view, also makes naval routes passing close to the peninsula a passage through Ukrainian territorial waters.

According to Russian sources, the ship came as close as three kilometres to Cape Florent, a landmark on Crimea’s southern coast, when it was ordered to change course under threat of live fire. Footage from the incident shows a Russian SU-24 bomber flying close to the ship, even though the UK initially denied that any bombs were dropped in the Defender’s path.

British Defence Minister Ben Wallace dismissed the incident, claiming that there was no danger to the Royal Navy vessel. He did emphasise that the “buzzing” manoeuvres performed by the Russian bombers were neither safe nor professional, flying, as they did, as close as 150 metres from the destroyer.

On Thursday, Russia summoned the British ambassador in Moscow to present its protests over what it perceives to have been a violation of its territory, while Deputy Foreign Minister Sergei Ryabkov told state media that Russian forces could bomb, if appeals to respect international law fail in the future. On Friday, Ryabkov accused London and Washington of deliberately sowing strife in the region by refusing to accept Crimea as a part of Russian territory.