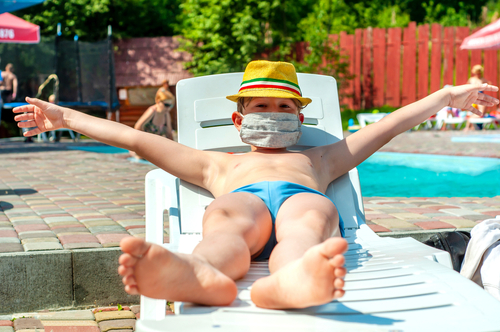 “Europe’s high cases and slow vaccine drive could lead to a late re-opening, putting a second summer at risk – which would exacerbate the north-south divide and could trigger further policy easing,” the US-based investment bank warned.

During the 2020 tourist season, EU countries managed to salvage some of their tourism revenues, thanks in part to timely lockdowns and seasonal weather dynamics that lowered transmission rates starting with spring. As a result, countries such as Greece and Croatia still recorded moderate amount of visitors and overnight stays. Nonetheless, Croatia recorded a 54% drop in foreign tourists and a 19.5% falloff in domestic tourists.

But the US bank’s analysts are sceptical that the same scenario could repeat, primarily due to the emergence of new coronavirus strains, which appear to be more readily transmissible and dangerous, and have resulted in a surge in cases in eurozone countries such as France and Italy, where tourism accounts for a significant part of GDP.

Morgan Stanley warns that the EU’s southern member-states will be hit harder than those in the north, further exacerbating the north-south economic divide. Southern countries most dependent on tourism, like Italy, Spain, Portugal and Greece, might see an even worse impact from the lost tourist season. Overall, tourism accounts for over 6% of European GDP and close to 8% of total employment.

Airlines and travel agencies are desperately hoping for some semblance of recovery in the tourism sector, with many brought to the brink of bankruptcy by the global reduction in travel and tourism caused by government lockdowns, restrictive measures, and consumers’ fears of travelling abroad during the coronavirus pandemic.