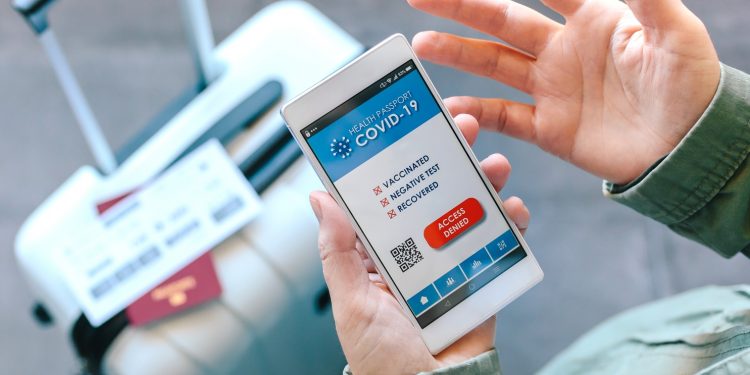 Brussels (Brussels Morning) More than 200,000 people protested against the introduction of the coronavirus pass in France on Saturday. Estimates place the turnout at 237,000.

Protests on Saturday were larger than last weekend, when roughly 204,000 people took to the streets in a show of opposition to linking vaccination status with basic rights. The size of the protests is unusual, given that it is the height of the summer season, RFI reported on Sunday.

New regulations now coming into force will require citizens to be fully vaccinated, present a negative test or proof that they have recently recovered from COVID-19 should they wish to travel, enter coffee shops and/or restaurants, among other stipulations.

France’s President Emmanuel Macron has stated his belief that vaccinating all French citizens will defeat the coronavirus pandemic, hence the government’s push to encourage citizens to get vaccinated under the new rules.

Critics, conversely, point out that the new rules encroach on basic rights as for the fourth weekend in a row, they organised protests across the country. Protesters in Paris chanted “freedom” and “Macron, we don’t want your pass”, while their counterparts in the French Mediterranean denounced the new measure, claiming that “the health pass means the death of freedoms”.

While most protests were peaceful, French authorities arrested 35 people, seven in Lyon. The Interior Ministry noted that seven officers had suffered slight injuries.

Speaking on Saturday, France’s Minister of Solidarity and Health, Oliver Véran, announced that negative COVID-19 tests would be valid for three days, rather than two. He added that citizens would be allowed to “perform self-tests supervised by a healthcare professional, in addition to antigen and PCR tests”.

Protests against the coronavirus pass took place in Italy as well. Thousands of people took to the streets in Milan, some with yellow star armbands and badges reading “not vaccinated”, similar to those forced on Jews during the Nazi regime. In Rome, roughly 1,500 protesters marched against the pass, while about 100 protested in Naples against vaccination of children.