More than 100 trapped after five-story building collapses in India 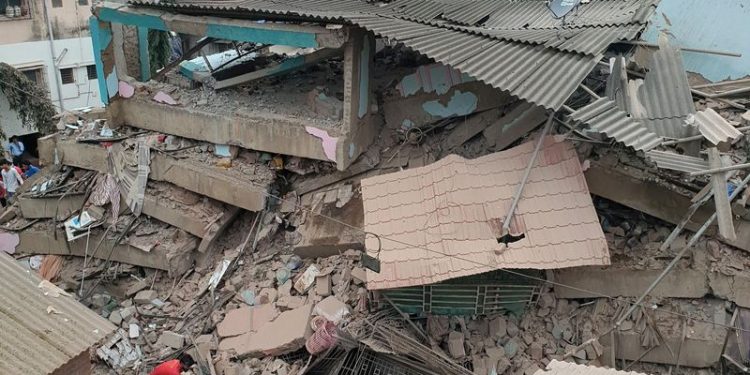 Tragedy has befallen the Maharashtra’s Raigad district in India after a five-story building collapsed Monday.

A local legislator said more than 100 people were trapped in debris of a residential building that collapsed in the western Indian industrial town, which is roughly about 105 miles from India’s financial capital of Mumbai.

“I believe about 100 to 125 people must have been inside at the time of its collapse,” Shiv Sena politician Bharatshet Maruti Gogawale, who was present at the site where 200 people reportedly lived, told Reuters.

Amid heavy monsoon rains, more than two dozen people were pulled out of the rubble by rescue teams and taken to hospital.

The cause of the accident was not known at the time.

Due to poor construction, substandard materials and disregard of regulations, building collapses are common throughout the region.

Most of the accidents occur between June and September during the monsoon season.

According to a tally by the AFP news agency, the death toll from monsoon-related disasters in 2020 has topped 1,200, including more than 800 lives lost in India alone, thus far.