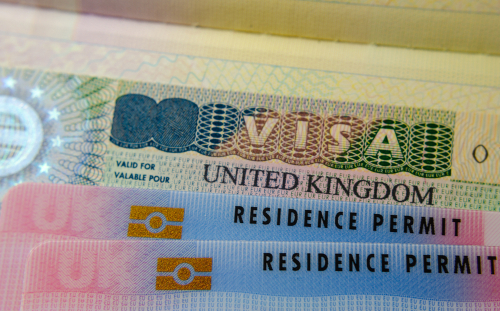 Brussels (Brussels Morning) The number of UK visa applicants from Hong Kong was significantly higher than the number of EU applicants in the first quarter of the year, according to a report of the Migration Observatory at the University of Oxford.

Approximately 34,000 people from Hong Kong applied to live in the UK in the first quarter of the year in marked contrast with the 5,354 applications for any type of visa from EU citizens, Reuters reported on Thursday.

Britain launched a new visa scheme at the end of January this year after China imposed a national security law in 2020 that stripped the people of Hong Kong of rights and freedoms that people in mainland China do not enjoy.

Hong Kong was transferred to China in July 1997, after 156 years of British rule. At the time, Beijing promised to maintain such basic rights as freedom of expression and the independent legal system.

According to the UK government, its visa scheme could attract more than 300,000 people holding a British National Overseas passport. The passport status was created in 1987 and close to three million people from Hong Kong are holders.

Dominic Raab, Secretary of State for Foreign, Commonwealth and Development Affairs, spoke of the UK’s concerns about the situation in Hong Kong with his Chinese counterpart Wang Yi on Thursday.

The Migration Observatory pointed out that the low number of EU applicants reflects the impact of the coronavirus crisis, including restrictions on movement, plus the post-Brexit system that came into effect at the start of the year and is more restrictive.

Migration Observatory director Madeleine Sumption noted that “in normal times, we might have expected to see employers scrambling to work out what they need to do to recruit EU nationals after the end of free movement”.

However, the pandemic crisis reduced the need of employers to use the new migration system, she said, so “it could be some time before we get a good sense of how many EU citizens are moving to the UK under the new rules” and what that impact might “appear to be”.