More fire risk due to drought: how is Brussels preparing? 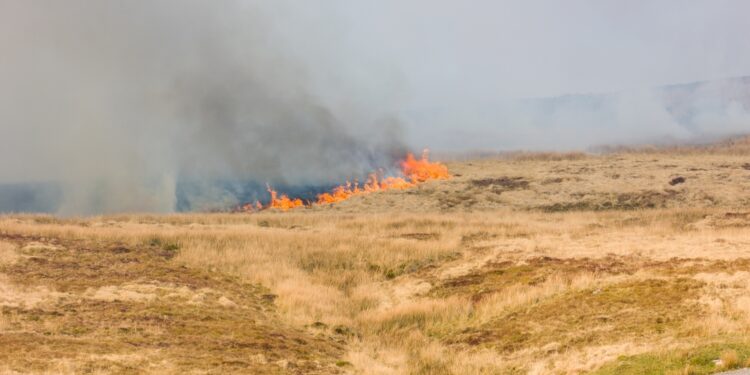 Brussels, (Brussels Morning)- With the warm temperatures, Brussels does not seem to be escaping vegetation fires either. What’s more: Tuesday evening’s fire along the Ring around Brussels will not be the last, the Brussels fire brigade also predicts. They are therefore taking extra measures: from the purchase of new pump trucks to the launch of new internal emergency numbers and following training courses in France.

On Tuesday evening, the fire brigade of Brussels received a call for a vegetation fire near the Olympic Dreef in Anderlecht, near the Grand Ring. The fire caused about 9,000 m² of vegetation to go up in flames, as reported by BRUZZ.

The cause of the fire is still unclear. According to Walter Derieuw, spokesman for the Brussels fire brigade, not much is needed to start a fire with the persistent drought. “Someone could have thrown out a cigarette while driving, but a plastic bottle with a little water in the full sun can also suffice,” he explains. Earlier this month a vegetation fire started in Anderlecht.

On a course in France

As the problem of fires arises more and more, the Brussels fire brigade will soon welcome two new car pumps on their site. “These are 4×4 vehicles that we can usually use for firefighting,” explains Derieuw, “because we expect more and more fires to break out due to the heat and drought.”

Several firefighters will also soon be taking courses in France on vegetation and forest fire fighting. “The intention is to send a number of people there so that they can brief us afterwards,” says Derieuw.

In order to anticipate faster in the event of a fire in green areas, the Brussels fire brigade has asked the National Geographic Institute (NGI) for new topographical maps and maps of Brussels. It has also launched an internal emergency number to reach forest rangers from the Sonian Forest and the Ter Kamerenbos in the event of a fire. “That is a line that is manned 24/24 and 7/7”, assures Derieuw.

In addition to the Brussels fire brigade, Brussels Environment also takes preventive measures. “Fire risk areas are being mapped, there is constant coordination of where there is water supply in case of fire and in the summer signs are regularly placed in parks and forests stating that you are not allowed to light a fire,” Pascal’s cabinet said. Smet, Brussels State Secretary for Firefighting (Vooruit-One.Brussels).

It is also still prohibited in the Region to light fires in public areas, such as barbecues, for example. This measure has only just been announced in Antwerp and Ghent.

Will it soon be forbidden to barbecue in your own garden? “No, but we do advise people to take their precautions, such as barbecuing on a stable, non-combustible surface, far from your hedge and with someone at the barbecue who has not yet had an aperitif,” explains Derieuw. “It is also recommended to provide a garden hose close to the barbecue.”

Finally, it is also strongly discouraged to smoke a cigarette in the Sonian Forest in the summer. “That has been a standard rule for years,” says Derieuw. “We are also asked to stay on the paved paths.”